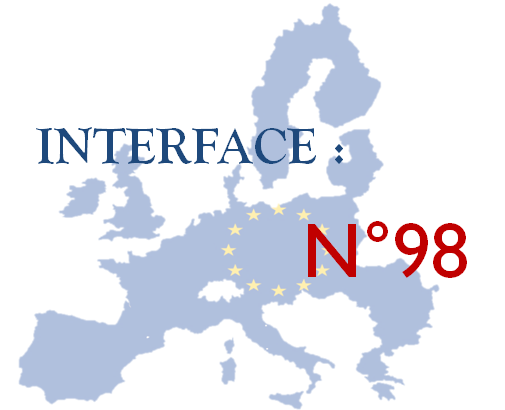 Throughout history, the countries of Europe have exhibited a wide diversity of state policies on religion. These policies fall into three categories. The state-religion model, characterised by the attribution of privileges to the majority religion (such as financing and symbolic recognition) in exchange for the delegation of certain public services (recording of births, marriages and deaths, action in the healthcare, welfare and education sectors). The rules governing the organisation of the national religion are passed by parliament. The monarch or the President is the head of the church. Protestant countries such as England and Scotland (but not Wales or Northern Ireland) have adopted this model, as have some Scandinavian countries (Denmark, Iceland and Finland). In Sweden and Norway, the church and state were formally separated in 2000 and 2012 respectively. Europe’s Orthodox churches are state religions in the spirit (Romania, Russia) and letter (Greece, Bulgaria) of the constitution. Malta is the only Catholic country in Europe that still has a state religion.
Under the system of recognised religions, the state grants privileges to several religions through bilateral agreements. Most Catholic countries in Europe have adopted this approach. A bi-confessional country such as Germany is a text-book example of this model. A church tax (Kirchensteuer) is levied. The Catholic and Protestant churches are in charge of whole areas of public service and together are the second biggest employer after the state.
Lastly, there is the model based on separation between church and state, which exists in France. Article 2 of the 1905 Law of Separation states that “the Republic does not recognise, does not pay for nor subsidise any faith.” This model also formally exists in Ireland and Portugal, but the Catholic church still has a great deal of social influence there.
However, setting aside their differences, European countries are all equally committed to human rights, which are non-negotiable and form the foundations of a secular European citizens pact. The Charlie Hebdo attack in January 2015 highlighted the importance of freedom of expression. Another of the most fundamental human rights is freedom of thought, conscience and religion. It implies the right to believe or not to believe in God and to change religion at will, as well as to practice one’s faith in private or in public, subject to certain legal restrictions (cf. Article 9 of the European Declaration of Human Rights). Conversely, in Muslim countries, leaving the Islamic faith is akin to apostasy and is punishable under criminal law (except under the new constitution of Tunisia). Another common principle is the separation between citizenship and confessional allegiance: all citizens are equal in the eyes of the law, regardless of their religious affiliation. This is very different to the discriminatory dhimmi (“protected” in Arabic) status of Christians and Jews under the Ottoman Empire. In the same vein, the tolerant regimes in 17th and 18th century Europe granted a certain degree of religious freedom to denominational minorities, but not political equality. In England, non-Anglican Protestants had to wait until 1828 to get the right to vote, while Catholics had to wait until 1829, Jews until 1858 and atheists until 1886! There is one final principle specific to democracies: political legitimacy is no longer granted by God (the royalty of divine right) but by the people; moreover, the word “laïcité” comes from the Greek laos, meaning “the people without clerics”, which underlines the link between the fight for democracy and secular values.

Belgium: secularity treated like a religion
In Belgium, seven religions enjoy official recognition, so does a federation of secular associations since 1970. Secular movements have the same privileges as recognised religions, with moral advisers in prisons, schools, hospitals and the army playing the same role as religious chaplains, and ethics being taught in public schools alongside religious education. This situation results from the “pillarisation” of Belgian society, which occurred mainly during the 19th century. Each pillar (Catholicism, secularity, socialism, etc.) organised the life of its followers from cradle to grave, through various rites of passage and institutions (mutuals, youth movements, political parties and so on). So secularity in Belgium is just one more element of religious pluralism while, in France, it is a common value among believers and non-believers alike. Thus the Belgian state policy on religion is based on the concept of subsidised freedom, whereby it funds various religions and secular humanism in order to ensure true equality between religions. The French Republic, on the other hand, does not pay for any faith and so guarantees equality in principle only.
The Belgian model has been a source of inspiration to the European institutions: Article 17 of the Lisbon Treaty provides for an “open, transparent and regular” dialogue with churches and secular organisations, and recognises “their identity and their specific contribution.”