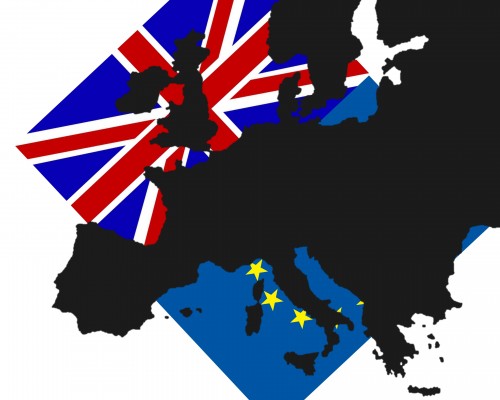 The debate on Brexit focuses on the economic and political consequences for the United Kingdom, but ignores the impact of the new EU-UK agreement on the EU. Regardless of the referendum result, the agreement will have serious consequences and will negatively affect prospects for European integration.
If the ‘leave’ camp wins the UK referendum on June 23, the EU will become smaller and weaker both in economic and geopolitical terms. The EU share of the world population will fall from 7.0 to 6.1 percent. In terms of world GDP, in purchasing power parity terms the EU share will decrease from 17.0 to 14.6 percent. The EU’s share in the global financial market, where the City of London plays a dominant role, will suffer even bigger losses.
At the same time, the deal is disappointing for UK Eurosceptics, who would like to see a larger transferral of EU competences back to national governments. Perhaps it is also not wide-reaching enough to influence British public opinion and the referendum result. However, it will have important consequences for EU integration overall.
The risk of stopping new integration initiatives comes exactly at the time when the EU needs more internal coherence, power and ability to respond to numerous challenges. As revealed by various external shocks in the last couple of years, including the global and European financial crisis, a deteriorating situation in the EU neighbourhood, and massive inflows of refugees, the current EU integration architecture remains incomplete and not effective enough.
In ‘tranquil’ times, the EU could survive with such asymmetries, but they are proving to be a serious problem in the time of multiple crises. Therefore, it requires serious changes and amendments, particularly in areas which may be considered ‘political’ and sensitive to national sovereignty, for example, common external border protection and common asylum and migration policies.
Brexit acts as a game-changer. When one member state obtains a permanent waiver from participating in further integration projects (and perhaps will be followed by other member states) the only two ways to advance European integration will be either via the mechanism of enhanced cooperation (within the EU Treaty but used only in respect to minor initiatives such as a divorce law so far) or separate inter-governmental treaties outside the EU Treaty, similarly to the fiscal compact or treaty on the European stability mechanism.
Both mechanisms make existing EU integration measures less internally coherent. They will lead to ‘integration à la carte’, with strong incentives for individual member states to focus on short-term political interests rather than long-term integration and common European challenges.The EU decision making process will become even more complex, and less efficient and transparent than it is now, providing Eurosceptics with new anti-integration arguments.
To be clear, the concessions accepted by other EU member states to avoid Brexit will not appease Eurosceptic politicians in the UK or in other countries. Even if the ‘remain’ option wins the UK referendum on June 23, Eurosceptic sentiments will remain strong.
Among other factors, Euroscepticism will be fuelled by the UK’s increasing detachment from the mainstream European integration process and EU politics. More opt-outs and special provisions for the UK based on its sovereign sensitivities mean less ability to influence strategic choices and decision making process within the EU. This self-exclusion process, which began from the common currency opt-out in the Maastricht Treaty, was deepened by subsequent opt-outs and will be further reinforced by the new agreement. Elsewhere in Europe, the concessions granted to the UK to try and avoid Brexit will encourage Eurosceptic forces to demand opt-outs and special institutional solutions for other countries.
Regardless of the result of Brexit referendum, the EU will not be the same as before. Either it will be seriously weakened by Brexit, or with the UK still on board it will be less internally coherent.  The integration process, even if justified on the grounds of increased returns to scale or delivering pan-European public goods, will face serious obstacles.

To read the full version : http://bruegel.org/2016/03/brexit-and-the-eu-uk-deal-consequences-for-the-eu/