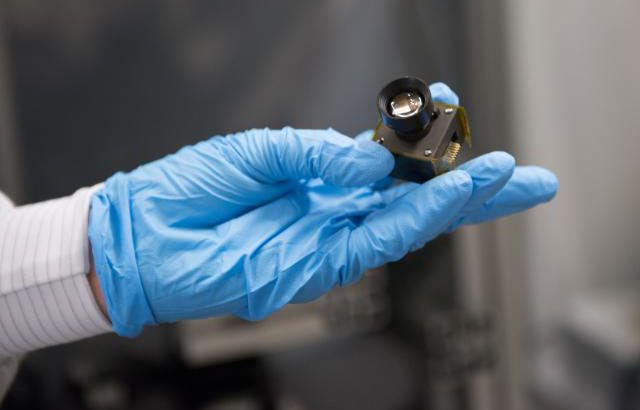 There is one sector that can single-handedly reduce unemployment, foster innovation, generate profits and cut costs for both companies and the government, while encouraging sustainable development. That sector is none other than digital.

Digital and its positive knock-on effects
The digital sector is a growth driver that leads to synergies in other sectors. A 1% increase in the digitization of the economy drives a 0.5% rise in GDP and a 2% expansion in global trade, while a 10% increase knocks the unemployment  rate down by 0.9%(1). To give an example in the healthcare sector, Osakidetza, the Basque health authority in Spain, has deployed a comprehensive digital solution to manage chronic illnesses, leveraging electronic medical records and telemedicine and covering the entire healthcare chain from hospital care to home help. This initiative generated savings of €59.5 million in 2012, and cut pharmaceutical prescription costs by 2.5%. At European level, a similar project would represent savings of €62 billion.
This dynamic exists because the digital sector naturally creates positive externalities; whether enjoyed by one person or many, digital goods and services do not lose value or present energy problems. This phenomenon explains the participative nature of the digital economy, and has prompted the emergence of open innovation, open data and crowd sourcing. Europe has a significant head start in this area since the necessary infrastructure is already in place and large-scale solutions can be rapidly deployed. To give just two examples at macro and micro level – the high-speed broadband penetration rate stands at 95% and half of the population already owns a smart- phone. However, there is still work to be done, particularly in terms of convergence between European countries and cooperation between companies.
Regulatory convergence for a common digital market
The digital sector should be viewed as an intra-European convergence tool. Closer regulatory, market and technical convergence would rapidly facilitate major European projects. Different data protection rules make it particularly difficult to set up new services between EU member states on the Internet which, by definition, is a space that transcends borders. In a world where recent success stories such as Amazon and Google have shown that start-ups need open spaces to reach their full potential, improvements in this area would make it possible to deploy large- scale solutions.
Convergence between companies
If the regulatory framework permits, companies will be able to dive into digital innovation to develop new solutions and rapidly build up critical mass, which has become a necessity in the new economy.
Setting up clusters and consortiums is therefore absolutely essential. Innovation will hinge on partnerships between small, agile, innovative structures and large groups that can handle large-scale production. Given that innovation can get very technical and complex, research will play a key role in providing frames of reference and technical and technological solutions. A four-part alliance between governments, start-ups, big corporates and scientific research will be the driving force behind this process. This strategy of convergence will create a knock-on effect generating value that far exceeds the sum of each stakeholder’s contribution. Data sharing between companies (provided it does not infringe data protection rules) will help create new solutions and services and reduce energy spending. Among the sectors to benefit, wellness and mobility are the first examples that spring to mind.
Three initiatives to facilitate European convergence and return to growth
To boost the development of our digital economy and its attendant sectors, we have to (1) standardize data regulations in European Union countries, (2) encourage partnerships between  major digital players, innovative start- ups and research institutes in Europe, and (3) promote inter- company data exchange, a digital growth accelerator that will lead to the emergence of new services and markets.
The rapid and coordinated implementation of these three imperatives is now a key factor in Europe’s ability to compete on the international stage.