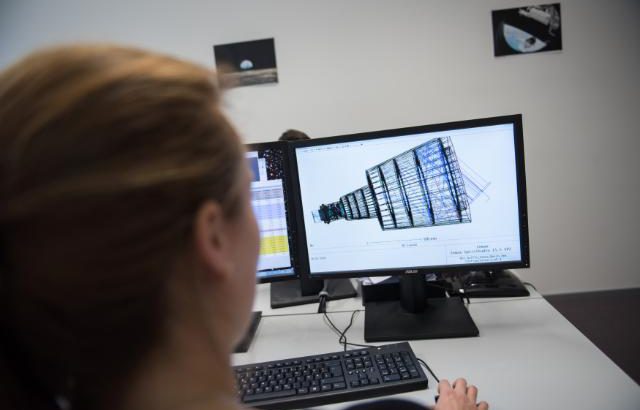 The delay of Europe regarding nanoelectronics is worrying. In response, the EU created ENIAC and ECSL(1), public-private partnerships (PPP) which contribute to merge all efforts and capacities into projects of European interest.

Using nanotechnologies to produce smaller and more powerful electronic components (chips) represents a strategic challenge in all domains: telecommunications and telephony market, electronic payment, networks management, industrial process, transports, defence, space, etc. The international competition is intense and nowadays dominated by few large groups, the investment and the innovation being drawn by Intel (USA), Samsung (South Korea) and NTC (Taiwan). The nanoelectronics firms based in Europe, which represented 10,2% of the worldwide market shares
in 2001, receded to 5,7% in 2012. This decrease that begun before the crisis is now moving Europe away from the critical mass needed for research-innovation and commercializing of electronic
chips. That is why Nelly Kroes, vice-president of the European Commission, declared in May 2013: “I want to double the European production of chips to around 20% of the global production.

The common firm ENIAC has been created(2) at the end of 2007 to reinforce European efforts in this sector. Community body with legal personality, ENIAC is set up as a public-private partnership, bringing together the European Commission and European Member and Associated States with AENEAS, the association representing the R&D actors in nanoelectronics (Corporate, SME’s, research institutes and universities) in Europe. Its budget for 2008-2017 was initially set up at 3 billion Euros (0.45 coming from the European Commission, 0.80 from the Member States and 1.75 from the private sector). The activity of ENIAC is organized in 14 “pilot lines”: in each of them, R&D cooperative projects between industrial representatives and research labs are, after calls for proposals and selection, supported by national authorities and by ENIAC. The total cost is estimated at 1.79 billion Euros with 265 millions of national repayment and 267 millions of ENIAC repayment. This approach offers numerous advantages:

The common firm ECSEL, created( 3) in 2014 for ten years, is also a community body with legal personality, functioning as a public- private partnership. Its activities cover those previously managed by ENIAC (chips), ARTEMIS(4) (embedded computing system) and EPoSS (European platform for the system integration). This new combination results from  several observations. Without cutting-edge technology infrastructures for informatics chips, Europe will remain dependant on imports. Without the features managed by the embedded software on used equipment, the chips will not be used. And finally, without integration of the components in intelligent systems, we cannot use any application. ECSEL is part of the Horizon 2020 strategy. It aims at: