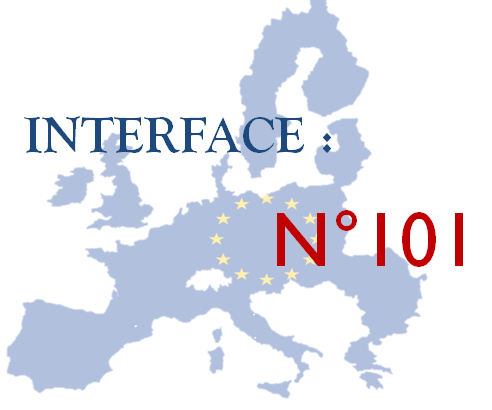 The results of the UK elections and the Queen’s speech have sealed the future of the referendum on the country’s membership of the European Union, which now appears inevitable. In what circumstances, the nature of the debate and the positions of Britain’s key players when it actually comes to voting remain to be seen.
One thing is certain, the UK’s decision will have far-reaching consequences for the European Union. But what happens in the EU in the run-up to this referendum will also affect its outcome. And what is going on in Greece will leave scars.
We should first place the results of the UK elections in their context, as the last of a long series held elsewhere in Europe. In Greece, we saw the arrival of Syriza as prime minister, in Spain the upsurge of Podemos, in Italy the high score of the Northern League and in Poland the election of a Eurosceptic president.
Each country has its own social, cultural and political specificities, and their electoral outcomes must be analysed in detail if we are to avoid caricature. The “True” Finns, the National Front and the Five Star Movement are political structures with very different political doctrines, objectives and modes of operation, acting in specific economic and social contexts.
While it is true we must avoid lumping these parties together, a common thread does appear to run through many elections. Very often the emerging parties are expressing a form of withdrawal, be it from the EU (UKIP) or from a central government (not only in Scotland but also in Spain). The “traditional” parties, the historic standard-bearers of the European idea, are either experiencing a sometimes sharp decline, hit by serious crises or totally marginalised.
These parties, which generally hold the reins of power in their respective countries and in the European Council, are under pressure from shifts in national power struggles, a pressure that does not really speak in favour of greater European integration. We might also doubt the ability of national governments and pro-European regional parties to reach a compromise between regional autonomy and European consolidation.
Citizens’ votes are the essential voice of representative democracy and we must accept election results as a fact, not to be ignored by politicians. Rare are the election results, however, that have left advocates of European construction feeling optimistic.
The future debates in the United Kingdom will need to reconcile British citizens’ preferences as to what the European Union should be and the compromise reached by the European leaders in response to this very same question. In the run up to the referendum, there will obviously be no escaping politicians’ imperatives, for whom the question of leadership will outweigh the fundamental issues.
We are not even clear on what the wishes of the British Government will ultimately be. A renegotiation of the treaties is beyond reach, but their interpretation so that we may work together more efficiently and more effectively coordinate decisions in Brussels and national power would be useful for all. The free movement of workers is a principle dear to Member States. What does Britain’s demand to curb social benefits for migrants actually cover? Who will stand by Cameron’s side during the referendum? Where will the boundary in his party lie between those who follow him and those who affirm their opposition to Europe? What will the pro-European Scots do?
As Europeans, we have a duty to get to work on the issues raised upstream of the referendum by our UK neighbours with two questions that boil down to one.
Faced with the serious institutional crisis afflicting our developed societies, what objectives must we set for European construction, and what governance system will be capable of reconciling construction and democratic ambition? We must consider why, in light of the answers to these questions, Britain has its rightful place in the EU and how damaging it would be to sever all links with the Continent.

Vote Yes for Europe!
After multiple pathetic episodes of despair and drama, negotiations between the EU and Greece are put on hold until Sunday’s referendum’s outcome.
How did those months of Greek debt talks led to this dramatization? Responsibilities are on both sides. The economic policies applied by the Troika have led to recession and have failed. Europeans and the IMF have stiffened to become very pointillist. But in fine, how could we possibly blame countries such as Slovakia or Spain for being so inflexible while they themselves made such big efforts? The Greek government is holding Europe and the Greek people hostage with this “blackmail referendum”, which legitimacy is highly questionable. One thing is certain: no one will win from this.
It’s time to stop playing Russian roulette. Greece will not repay its debt and everyone knows it. Greece needs a fourth debt restructuring plan and Europe must do it on its own, without the IMF. But in return, it requires significant reforms to generate sustainable economic growth and to remove rigidities and vested interests. To do so, Greece must reform its state and public sector, currently dominated by clientelism and inefficiency.
Don’t be mistaken regarding Sunday’s referendum. Whatever the official wording, the question will consist in asking Greek people whether or not they want to stay in the Eurozone. The Greek people must be aware of what the referendum is really about and not the victim of propaganda. So that we might not be able to understand what the Greek people really meant to say… Let’s hope the Greek wisdom will prevail.