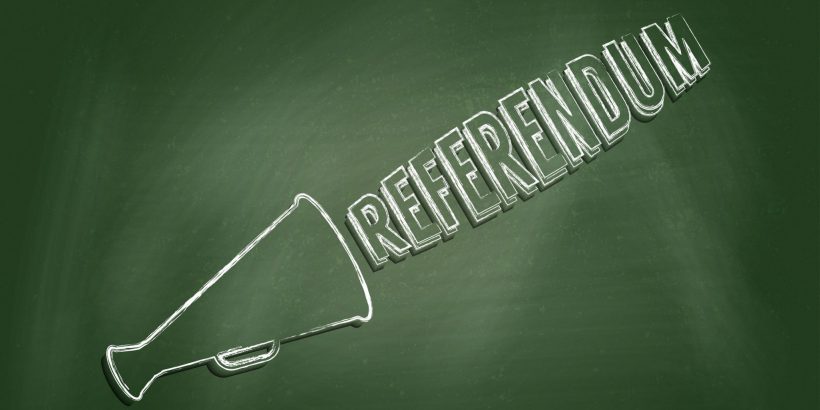 On 23 January 2013 British Prime Minister David Cameron announced an “in/out referendum” on the European Union.”It is time for the British people to have their say. It is time for us to settle this question about Britain and Europe” he declared. On both points, he signaled a failure of democratic practice.
When an elected politician holds a referendum to find out what the people are saying, one can surely only assume that he is not listening. In Britain, as in many democracies, people “have their say” in many ways. They form associations, they lobby, they write to newspapers, they take part in television discussions, they write to the Prime Minister, they vote in local, regional, and national elections. They badger their local member of Parliament, church or school. Perhaps these are not adequate opportunities. But the solution to that should be meaningful consultation. Will a referendum do?
A referendum is perhaps the poorest form of consultation. It offers citizens a chance to answer a question. In practice, the way people answer the question is rarely directly to do with the question. For example, New Zealand recently undertook the simplest possible referendum. Citizens were given the chance to vote for which of two flags they preferred for the nation. Many voted for or against the design as a way of voting either for or against the Prime Minister (who had made his own preference clear), or for or against the process by which the selection was made. It’s actually quite difficult to find people who voted purely on their design preference. Even on this issue, the referendum proved at best a blunt tool for ascertaining preferences.
The British Prime Minister’s other argument for the referendum was that “it is time for us to settle this question about Britain and Europe”. Think carefully. Who was to settle this question? The politicians elected specifically to make such decisions and to be held to account for their decisions through parliament and national elections? No. The Prime Minister was deliberately setting out to avoid that. In so doing, the government avoided taking responsibility for the outcome of the vote. Put simply, facing a decision which felt politically treacherous, the Prime Minister referred the decisions to others. This is a temptation for all politicians.
The word referendum in fact means to refer something. And politicians love to refer things, to avoid political consequences. Referendums, like Independent Commissions, offer them a way to send tough calls anywhere but their own “In-Tray”. But when the public’s vote decides the issue, who is held to account? A referendum permits politicians to avoid taking responsibility or facing the consequences: “the people” who make the decision can not be voted out.
When Britain’s first referendum (on the EEC) was held in 1975, Margaret Thatcher made a staunch argument against it. Without the protections and definition afforded by a written constitution, she argued, a referendum sacrificed parliamentary sovereignty to political expediency. Asking what the majority wants trades liberal democracy for majoritarianism. That threatens minorities. In short, it is corrosive of liberal democracy. “Perhaps the late Lord Attlee was right,” Margaret Thatcher observed, “when he said that the referendum was a device of dictators and demagogues.”