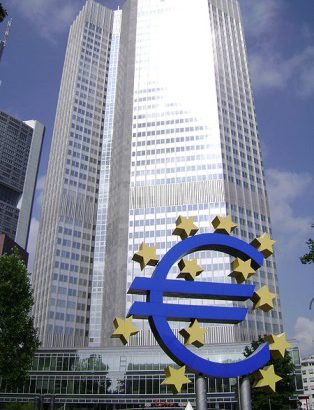 The monetary policy does not directly aims at corporates and today interventions of central banks target mostly banks and the assets they issue and/or sovereigns covered bonds. An irrevocable tendency? The answer from Philippine Cour.

The European Central Bank (ECB) has taken a host of measures to address low inflation: it has lowered the main refinancing rate to virtually zero, offered targeted loans of up to four  years  for  banks  and announced    far-reaching purchase programmes for asset- backed securities (ABS) and covered bonds. Is this helping to ease bank credit and foster investment?
The measures aim at facilitating credit flows to the economy, but the take-up in the first of the longer-term targeted loans last September was low and the contraction in bank balance sheets is ongoing in the euro area. In a context of low economic activity and regulatory pressure banks have seen a contraction in outstanding loans to corporates and an increase in their government bond holdings. Since the onset of the financial crisis, the liquidity injected in banks has been used more to finance governments than corporates.
Can the ECB target corporates more effectively? This question opens a second question: how does a corporate finance itself? The main external source of funding of investments are indeed banks. And beyond investment, for its total external financing the non-financial corporate sector relies mostly on bank borrowing. Hence the ECB’s choice to support credit flows to corporates via a liquidity support to banks. However, the reality at the individual firm level is quite different from the consolidated view at the sectoral level. On average, a firm in the euro area depends on corporate credit (inter-company loans and trade credit[2] ) more than on bank credit for its external financing. Such corporate credit is used to finance working capital and running expenses. All the more so for SMEs and in the ‘peripheral’ countries, and increasingly so during the banking crisis.

Outlook
Why does monetary policy not target corporates directly? It is not because the Treaty would prohibit it. It is not because the ECB’s operational framework would not allow for it or the risks are too high. In fact, a central bank that avoids taking risks on the real economy directly and prefers risks on  banks and governments  can  eventually create more risk, for the economy like for its own balance sheet(3). Among corporate paper, trade bills for instance are subject to multiple signatures of their guarantors and are thereby not speculative in risk terms. Rather, not targeting corporates directly is a choice.
A choice that results from the primacy given to liquid market instruments and to the difficulty in using heterogeneous corporate assets in the single monetary policy. The action of central banks today favours banks and the assets they issue and/or sovereigns through their bond issuances. The development in prudential rules has onlystrengthened this tendency, to the expense of firms.
An irrevocable tendency? No, because history can be repeated if one aspires to sustainable growth, one that lies on financially sound  firms that  can invest. Well into the xxth century the rediscounting of trade bills was the main instrument  of monetary policy. It is the advent of the euro itself which led the Bundesbank, among other central banks, to discontinue the instrument  in 1998. But this is reversible: in 1980-81 the Bank of England revived with success its discount facility for trade bills when its balance sheet seemed overloaded with Treasury bills. There are also other ways trade bills can be used in monetary policy, such as through the purchase of ABS backed by corporate paper or their acceptance as collateral. The development of a means of payment for corporates at the European level would contribute to financial integration in Europe. The ECB could even play there only a catalyst role, without engaging its balance sheet, by promoting the creation of an electronic trade bill. This would be possible today Area (SEPA) infrastructure.

1) The views expressed are solely those of the author.
2) A trade receivable or payable (i.e. trade credit) is a book-keeping entry for an intercompany sale not yet paid. A trade bill is the corresponding paper, which can be used as a payment instrument vis-à-vis a third party.  See also Cour-Thimann, P. and Winkler,  B. (2012), “The  ECB’s non- standard monetary policy measures: the role of institutional  factors and financial structure”, Oxford Review of Economic Policy, Vol. 28, 4, 765-803.
3) See also Cour-Thimann, P. (2014), “Monetary policy and redistribution: information from central bank balance sheets in the Euro area and the US”, Review of Economics, 64, 293-324.