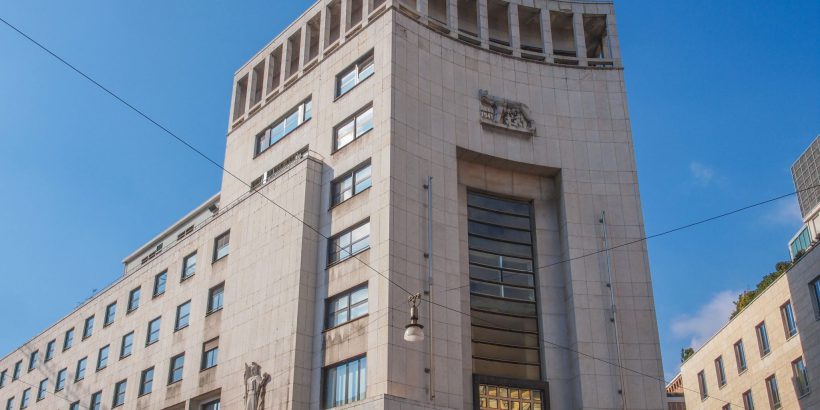 The recent months have been dense with events for the Italian banking system, which saw several episode of resolution in 2015, and the setup of a guarantee scheme on non-performing loans and of a bank-financed backstop fund, in early 2016 (Merler 2016a 2016b). These three episodes are strictly connected and they have as a common denominator the unresolved issues in the Italian banking system.
Italian banks have been very resilient to the first wave of financial crisis in 2008, due to their low exposure to US subprime products and to the fact that Italy did not have a pre-crisis housing bubble. However, when the global financial crisis turned into a euro sovereign banking crisis in 2010, things started to deteriorate for the sector.
Italian banks were among the worst performers in the 2014 ECB/EBA comprehensive assessment of banks balance sheets. Banca Monte dei Paschi di Siena, Banca Carige, Banca Popolare di Vicenza and Banca Popolare di Milano were found in need to raise respectively 2.1bn, 0.81bn, 0.22bn and 0.17bn, for a total of 3.31bn.
Casting worries about the health of Italian banks is an unresolved and sizable burden of Non-Performing Loans (NPLs).  As the economic situation worsened, bad loans accumulated on banks’ balance sheet, making it increasingly difficult for them to lend to the private sector and support the economic recovery. Worries about the increasing bad loans are probably in part responsible for the mediocre profitability of Italian banks over the last years, together with longer-lived factors, such as structurally high costs and inefficiencies.
Market pressure has been intensifying in early 2016, due to concerns about how the NPL issue will play out in the future, under the new regime of the Bank Recovery and Resolution Directive (the BRRD). BRRD aims at reducing the cost of bank rescues for taxpayers, which would be especially problematic for states – like Italy – that have high public debt. But in order to do so, BRRD requires sizable bail-in of bondholders, and in the case of Italy, retail investors hold a large share of banks bonds with limited awareness of the risk and limited diversification in their portfolios.
With the entry into force of the new regime, implementing creative solutions like those seen in the previous resolution cases to protect senior bondholders will be hardly possible (Merler (2015), Merler (2015)).
These worries led to the creation of a guarantee scheme on non-performing loans. This could be a positive step to clean the Italian banks balance sheet, but it is not going to be as easy as it would have been in the past, when Ireland and Spain adopted similar solutions. In addition, a new fund named Atlas has been recently established, with the mission to complement the NPL scheme and to ensure the success of capital raising of banks that face market difficulties, acting as a subscriber of last resort.
The Italian situation offers several important lessons. First, it shows that procrastinating the reform of the banking system is costly. While initially Italian banks were resilient, resilience soon turned into complacency and this complacency explains today’s situation and the increased complexity of the Italian solution compared to previous cases.
A second lesson concerns the approach to the new regime of bank recovery and resolution. While the date for entry into force of BRRD bail-in had long been known, Italy was not entirely prepared for it.  After BRRD-bail-in entered into force in January 2016, making it impossible to envisage a public-only solution to banks’ problems, the Italian approach seems to be to avoid resolution as much as possible. The Atlas fund was set up to act as a shareholder of last resort and ensure that even banks that fail to raise capital are not resolved. Yet this cannot be a long-term solution.
More generally, regardless of whether one thinks that keeping weak banks alive at all costs is a good idea, it is beyond doubts that the aim of EU-wide rules on bank recovery and resolution is to provide certainty on how banking problems will be dealt with. The single supervisory mechanism has so far worked well, despite occasional misjudgments, being effective, demanding and broadly fair (Schoenmaker & Véron 2016). But it needs effective resolution practices to complement it. For now, the Italian approach to bank resolution has been an ad hoc one, which achieves the opposite and appears at odds with the aim of making progress towards a solid European Banking Union.