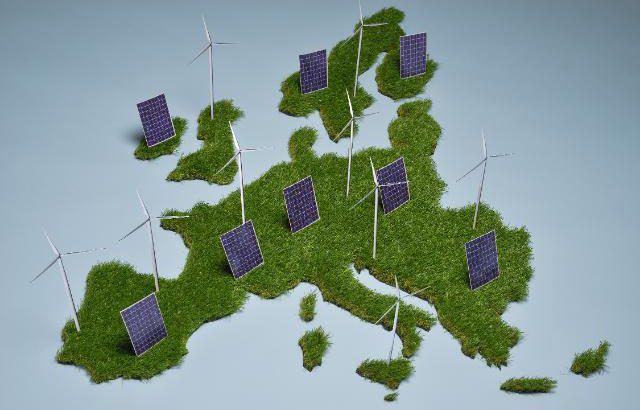 Five years after the adoption of the “Climate and Energy Package” for 2020, opinions converge to consider that the common objectives (the famous 3×20) will be only partially achieved, and that the European electricity market is shaken by a serious crisis. The crisis translates in particular by a deterioration of the balance sheet of large incumbents, which severely limits their ability to invest in the coming years. This occurs at a time when the constraints on public budgets will also reduce their contribution, while the recently adopted rules on bank activities might compress the volumes available for long-term funding and increase their cost.
How to mobilize new resources to meet the needs of replacing a fleet of aging power plants, expansion, modernization and strengthening networks, improvement of energy efficiency in buildings, transportation, industry? Yet examples of major projects world-wide show that liquidity is available when the regulation is favourable. The challenge is therefore to create an attractive environment without creating niches such as those which promoted renewable energy in some countries, leading to the appearance of a real bubble, detrimental to the whole economy. The equation appears complicated because the number of players has increased dramatically and technological breakthroughs may occur.
In order to tap all available capital, the European Commission counts on two rules: first, give priority to the market by restricting state aid to renewable energy, second give visibility to operators by displaying targets for 2030 (this was on top of the menu of the European Council on 23 & 24 October 2014). Scepticism persists on both proposals. As regards state aid, the Commission recommends a “market premium” instead of the guaranteed purchase price (feed in tariff) for all renewable energy having reached maturity. The success of the scheme will depend on the level of the premium paid in each of the 28 States, with little coordination. Regarding targets for 2030, visibility remains very relative on several key points, such as the reform of the emission trading scheme (ETS); moreover, the desire to keep three objectives (emission, efficiency and renewable) indicates a denial of any interactions between them, when these very interactions have plunged the power sector into crisis.
More fundamentally, renewable energy and energy efficiency create two concerns associated with tipping “from a world of OPEX to a world CAPEX”. On one side, there is the risk of exacerbated inequalities due to requirements of return on invested capital. On the other side, there is a doubt about the compatibility of a continued decline in energy consumption until 2050 with a sufficient level of economic growth. Should we not focus on one target, the sole reduction of greenhouse gas emissions?
A favourable investment in United Kingdom
The United Kingdom appears to be a country particularly determined in creating a favourable investment environment. Recognizing the shortcomings of the current market, the government has taken a series of strong measures: floor price for CO2, standards on emissions per MWh, capacity market, and creation of the CfD (Contract for Difference) in order to deal equally with all low-carbon technologies, leaving them exposed to market risk but limiting this risk within a range acceptable for the investor. By giving a green light to the implementation of this mechanism to the future nuclear power plant at Hinkley Point (issued October 8, 2014 for two reactors EPR), the European Commission implicitly recognizes the need to secure investment in the very long term. Here, the CfD sets the sale price over 35 years and the State will guarantee the loans.

1) Cf. Synthesis of the meetings of Energy group on “financing low carbon and competitive electricity”.