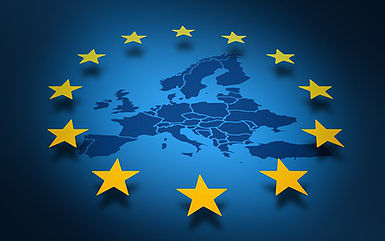 This paper has examined international investment trends in Europe, both in terms of inward and outward international investment. The overarching conclusion is that investment to and from Europe collapsed in the wake of the global financial crisis that began in 2008 and is showing little sign of recovery. In order to gain further insight into this collapse, and with a view to determining the extent to which this is a specifically European challenge, the investment collapse was examined from a number of different perspectives, including Europe’s performance com- pared with other non-European industrialised countries, a breakdown between intra-and extra-EU sources of investment, a comparison of performance among EU members, an analysis of industry-level investment performance, and, finally, a comparison of international and domestic investment trends. From virtually all of these perspectives, it is difficult not to conclude that what is happening in  Europe has  a structural component to it, that this is not just a question of being in  the  trough of  a tough international investment cycle (although this is clearly also a factor). Foreign investment is Europe’s canary in the coal mine, and there is most definitely something dangerous going on, because the canary stopped singing quite a while ago.
From a policy perspective, the challenges of breaking out of the current European investment recession are clearly daunting. A useful starting point is the recognition that a supportive environment for productive international investment will reflect the evolving needs of international investors. Such a supportive environment has two dimensions.
Necessity of a supportive environment
First, investors generally favour predictable, open, transparent, rules-based regulatory environments, much along the lines put forward by the OECD’s Policy Framework for Investment. Many of these elements are well known and widely accepted. Where impediments to investment have not been addressed by governments this often has more to do with implementation challenges rather than disagreement over principles. For example, it is widely accepted that excessive ‘red tape’ is an impediment to investment but in many countries this is still often cited by business as being one of the most important impediments to investment. Europe is no exception in terms of having these sorts of impediments to international investment that, for one reason or another, remain in place despite widespread recognition that they are discouraging investment. Many such impediments represent low-hanging policy fruit – relatively easy opportunities for improving the regional investment climate.
A second dimension could be more challenging and would probably call for deeper analysis. It seems reasonably clear that the global financial crisis is giving rise to important changes in the structures and patterns of global investment flows as well as in the way multinational enterprises are organising their international operations. This is reflected in new phenomena such as instances of investment de-globalisation (as alluded to in the introduction) and the phenomenon of “vertical disintegration” which has seen MNEs become more focused on their core lines of business over time and more reliant upon international contractual relationships for organizing their global value chains.
Identifying the right issues
Such structural changes in the global economy could require more innovative policy responses that go beyond the fundamentals of a healthy policy environment for investment. For example, if the organization of international economic activity at the level of the firm shifts from ownership through FDI to a more contractually-based business model, what implications might this have for domestic commercial law and contract enforcement systems? In a world in which international production continues to be broken down into more and more specialized activities, involving heightened levels of communication and logistics along the value chain, are countries investing enough in infrastructure as well as in the right kinds of infrastructure? Are financial markets sufficiently evolved and in tune with the financing needs of evolving forms of business associated with global value chains that might look different and have different risk profiles than what they are familiar with?
Questions such as these are clearly beyond the scope of this paper. Indeed, further work would probably be needed just to identify the right questions to be asking. But one thing seems fairly clear: the collapse in international investment flows in Europe, both outward and inward, is more than just a passing cyclical phenomenon. The appropriate policy response to restore investor confidence and revive investment flows will therefore likewise need to go beyond treating it simply as such.

1) The elements of the present article are an extract of the study: “International investment in Europe” by Michael Gestrin, September 2014. Available on www.confrontations.org