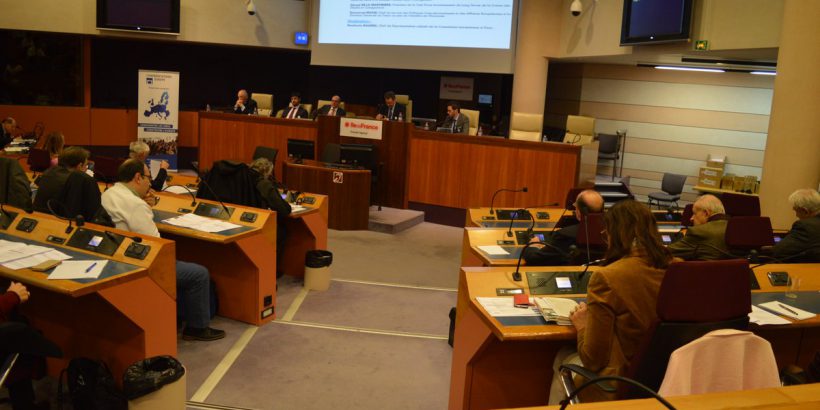 The theme of the fourth European Long-Term Investment Conference hosted by Confrontations Europe on 14 November 2018 with the support of the Île-de-France region was “The Future of Cohesion in Europe”. A look back at a day of detailed and constructive debate between economists, political scientists, private sector actors and civil society.

Despite a generally more favourable macroeconomic context, the situation in Europe is still a matter of concern. While investment has picked up, it is still 20% below pre-2008 levels. Likewise, although the process of convergence has resumed in the European Union (particularly between East and West), the pace of progress is too slow and inequality has soared. Worse still, euro-area countries are diverging. Italy, for instance, is losing ground compared with Germany. This situation is untenable in the medium term and calls for a boost in competitiveness where it is needed most, along with pooling mechanisms to ensure a certain degree of solidarity within the euro area. The divisions between and within European societies are growing under the pressure of multiple changes (economic, social, technological and environmental, as well as cultural and cognitive), and their brutal effects.

Cohesion is an existential issue for the European continent, the history of which is marked profoundly by tensions between the quest for unity and the legitimate demand for and expression of diversity. The international context – and the instability it is stirring up – is probably the main thing binding Europeans together today. Nevertheless, Trump and the Chinese Silk Road strategy are an urgent wake-up call for Europe. Simply believing that European civilisation is neither American nor Chinese will not be enough to ensure a cohesive European front against Chinese investment for example. Notwithstanding their overstretched budgets, European societies need to invest massively to adapt to the changes and transformations affecting them. In addition to the new investment needed to ensure future prosperity, the recent collapse of the bridge in Genoa bears witness to the sometimes extensive but neglected maintenance requirements of existing infrastructure.

The migration crisis in particular has really put European cohesion to the test. The general lack of European solidarity towards so-called “first host countries” has fuelled a great deal of tension in those countries, which have also been the worst affected by the economic and financial crisis in the past ten years. Italy has been particularly hard hit. The discontent is growing, and what was once the most Europhile of countries is now Eurosceptic. In Greece, the situation is hardly more encouraging. The reception of migrants intending to remain long term in Greece falls far short of what is needed, despite legislation to improve it. In fact, few long-term migrants have access to the care and training necessary for their integration. Besides revising the Dublin Convention, substantial investment is required to facilitate the integration of new arrivals.

Lack of a global European strategy A year ago, we identified a need for qualitative changes in the European approach to long-term investment. The outcome of the European Fund for Strategic Investments (Juncker Fund) confirms this need. The Fund has certainly been a success in terms of investment volumes (the €500 billion target is already within reach), and the vast majority of projects are new (80% of the EIB’s counterparties). However, measures that should in theory be covered by the Fund (such as increasing employability and modernising training) are in fact not, which confirms that there is a problem with its political management.

The problem lies mainly in the fact that there is no global European strategy setting out development and cohesion goals. Despite its flaws, the Europe 2020 strategy has not even been updated. The European cohesion policy has lost much of its substance and is currently used as a window for financing other European Union policies (for example, structural reforms under EMU governance). Likewise, the question of cross-border investment has still not been addressed. Although solar energy is easier to produce in Greece than in the Baltic Sea region, the very opposite is happening because there is no productive investment and specialisation strategy at the European level that addresses the differences in investment conditions within the EU and promotes cross-border investment.

Cohesion policy should nevertheless continue to serve as the Union’s “defence arm”, and a substantial budget should be allocated to it. However, the Commission has proposed to reduce this budget by 10% in the 2021-2022 Multiannual Financial Framework. While this is far from being the worst of the scenarios put forward a few months ago, it is clearly not commensurate with what is at stake. The reduction will affect mainly central European regions, where GDP per inhabitant is indeed catching up. The Czech Republic, for example, will lose 37% of the funds allocated to it. But a single indicator is not enough to understand the complex situations that exist at different regional levels, and it should be expanded to allow for a global approach to cohesion issues.

The budget lockdown must be lifted to enable the Union to meet its responsibilities and address the needs of European societies (against a backdrop of national budgetary constraint). Moreover, European funding synergies will not alleviate every need. Far from it. Negotiations on the future Multiannual Financial Framework must be reopened after the forthcoming elections. The question of own resources in particular must – at long last – be settled. The time has come to reduce the European budget’s reliance on national contributions, and on negotiations regarding the geographic return of these funds. In short, it’s time the European budget became a joint budget again, used to finance joint policies of high added value to Europe.

Since the 1980s, economic and social policies have been managed separately in Europe. Economic policy is handled at the European level, and social policy at the national level. This separation is no longer tenable. Instead of fostering cooperation and solidarity between Member States, which Jacques Delors called for consistently, it has prompted rivalry between European societies and their social models, which are in need of substantial modernisation. In addition to this social rivalry (coupled with the “fossilisation” of social protection), there is a lack of economic strategy at the European level, connected with the decline in its forecasting capability.

Admittedly, Europe is not currently designed to be a 21st-century welfare state. Transposing national models to Europe (to create a European welfare state) is a dangerous idea that is neither feasible nor necessarily appropriate. On the other hand, the European Union has a role to play in building shared public goods that would help European countries to get future ready. Again, long-term investment is a key factor in this. Human investment in education, training, professional transitions and mobility, etc. was glaringly omitted from the Juncker plan. Yet it is prerequisite to the seemingly inevitable restructuring process. Creating a single European labour market would require substantial investment to encourage and support mobility, but also to offset State spending on training for those pursuing their careers elsewhere in Europe.

However, the separation between economic and social policies is more broadly rooted in the financialisation of the economy, and is undermining business models. Expansion of the Anglo-Saxon capitalism model and the so-called Chicago school of economic thought – under which businesses belong to their shareholders and short-term Value at Risk (VaR) prevails – has come at the expense of inconsistent Western European models. France, which is gradually moving towards the Anglo-Saxon model, is one of the best examples of this. The various events affecting European economies (resource depletion, population ageing, renewed financialisation of the economy, growing inequality, national self-interest, etc.) are entrenching this trend. We therefore need to develop a European model of capitalism, which provides for the sharing of income and responsibilities between different stakeholders, long-term forecasting, reduced inequality, etc. The idea being to create an environment that is conducive to this type of capitalism, and to long-term forecasting. The plans for a capital markets and investment union are fundamental to the creation of this development model. Again, much remains to be done to ensure that the substantial savings of Europe’s citizens are directed to where they are needed most.