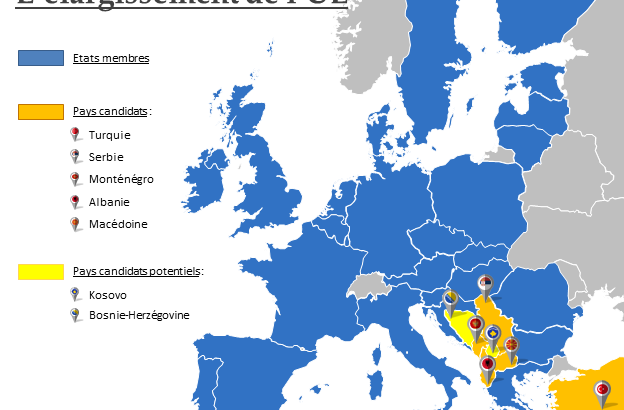 It is not Brexit or Euroscepticism blocking the EU membership of the majority of post-Yugoslav states and Albania. If they were as rich and politically established as Norway or Switzerland, the EU political class and populace would surely welcome them with ovations. As things stand, the Western Balkan states are perceived as harbouring financial and political risks. EU leaders consider it only to be prudent if the slightly frightening Western Balkans are kept on the other side of the fence. However, decision and opinion-makers in EU generally fail to recognize the genuine source of the perils. In truth, it is exactly the structure of the economic and political relations that has been established between the EU and the Western Balkans that condemns the aspirants for EU memberships to remain laggards.

Between the years 2005 and 2015, the deficit of the Western Balkan countries in trade with the European Union added up to almost 94 billion euro. The EU’s net exports to the Western Balkans (mostly from Germany and to a lesser extent Italy) augment the gross democratic product of the EU countries while take away from the balance sheet of the Western Balkan states. Together with Moldova, they are Europe’s poorest countries. In order to come up for the import bill and cover the void in the state coffers, the Western Balkan countries continue taking fresh loans – mostly from banks with headquarters in the EU. The present external debt of the region is estimated to be higher than 100 billion Euro. This is about five to six times more than what Yugoslavia had mounted up in foreign debt before it imploded a quarter of a century ago. This comparison is relevant if you bear in mind one of the chief reasons for the decisions of the then leaderships of Slovenia and Croatia (now both members of the EU) to separate from the rest of the multicultural Yugoslav federation. They were adamant not to be impeded in their advance to the West because of the plight of the poorer parts of the Federation.

In a similar way, EU governments and population do not see why they should accept the poor Western Balkans as new members. According to a recent report by the World Bank, if the EU would stagnate for the next two decades, and the Western Balkans would achieve an annual GDP growth rate higher than six percent (two to three times more than presently), then, around the year 2035, the Western Balkan countries would catch up with the average GDP of the EU28. Now they stand at about 30-40 percent. Plainly, the chances for an economic convergence between the Western Balkans and the EU are slim. Just the opposite – the spill-over effects of Eurozone crisis to the Western Balkans and their lack of competitiveness on the global markets against the backdrop of a rapidly aging population and increasing emigration from the region point to even more socio-economic depravation in the future.

The conclusion of a new study published by the London School of Economics (LSE) was that it is an “unlikely outcome” that improving competitiveness of the Western Balkan countries and inducing export led growth will be attained by continuing with austerity policies. Also, The Vienna Institute for International Economic Studies (WIIW) pointed out that the Western Balkan governments have engaged in “fiscal depreciation” over recent years in an attempt to improve competitiveness. This means that they increased VAT rates while slashing income taxes and social security contributions. The Viennese institute determined that this may have helped promote import substitution and exports. At the same time, however, fiscal depreciation “increased the burden on low-income groups while providing relief to top earners”. Add to this the poor performance of the judiciary and other important political institutions and wide-spread corruption, and it becomes utterly clear why the majority of the people in the Western Balkans and especially the young (the unemployment rate among the youth in the region is between 40 and 70 percent) are losing hope that perspectives might brighten in their life-time. Branko Milanović, professor at the City University of New York and of world’s leading experts on income and social inequality, says that the best advice that he can offer to young people in poor countries is to emigrate to well off regions. Realistically, only this action can improve their odds.