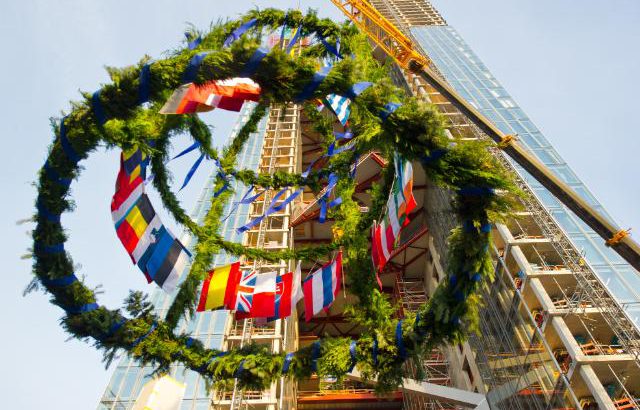 The European System of Investment Banks, SEBI, could be decisive on long term growth in Europe.

Some five years after the severe recession of 2009, private sector investment in Europe is still dangerously sluggish. And public investment has been cut further, reinforcing a long term downward trend. At a mere 2% of GDP, it has halved over thirty years.
This is a curse for Europe. Evidence suggests that in the medium term, public investment does not hinder, but fosters, private investment. And available estimates of fiscal multipliers for public investment, for example based on the work of Larry Christiano, Marty Eichenbaum and Sergio Rebelo, are way above 1, significantly above those for other fiscal instruments. The public sphere would therefore be well advised to tilt spending towards investment in areas such as infrastructure and human capital, which represent an investment for future generations.
A new European initiative might be needed to get investment back on track and thus protect future growth. To this end, a Eurosystem of Investment Banks (ESIB) could be established by Treaty around a pan-European financial capacity that would coordinate the actions of national public investment banks (ESIB is an acronym chosen by analogy to the ESCB, the system created by national central banks and the ECB within EMU). The central node of the ESIB, the Fede Fund, would be created by restructuring the European Investment Bank into a truly federal entity. It would orchestrate the joint work of its national counterparts.
Sharing ressources
There are many such national development banks in Europe. Some are sizeable. All are well established and widely respected institutions, sometimes owning magnificent collections of art pieces, and located in prestigious historical buildings in their country’s capitals. Their senior staff might belong to the national elite. But their scope of activity is often associated with the economic and strategic interest of the nation they serve.
Which mandate?
It is time for those national goals to be complemented by European ones. The ESIB would enshrine cooperation between those institutions in European Law. It would also statutorily bring public development banks and private sector investors together. But conceiving a “system” that preserves the strengths of each national model, while delivering efficient outcomes at the continental level, is challenging.
The first of all challenges is politics. The mandate, ownership and governance of the Fede Fund would be key in ring-fencing the investment process from national political agendas not linked to the promotion of long-term growth. The mandate of the ESIB could be simply to pro- mote long-term growth, well- being and employment in Europe, reflecting a political consensus emanating democratically from the people of the Euro area member states. But ownership and governance are more tricky. A structure with both public and (possibly majority) private Fede shareholders might be needed. Shareholders would collectively elect the ESIB Board of Directors. The Fede Fund would also issue debt to finance investment at an economically relevant scale.
Europe can be ambitious. It can aim for an increase of public investment by 2% of GDP. With a 50/50 public/private shareholder structure in the Fede Fund, and respecting the EIB’s 2.5 leverage rule, its financing capacity would reach 10% of Euro area GDP, so around €1tn. Food for thought.