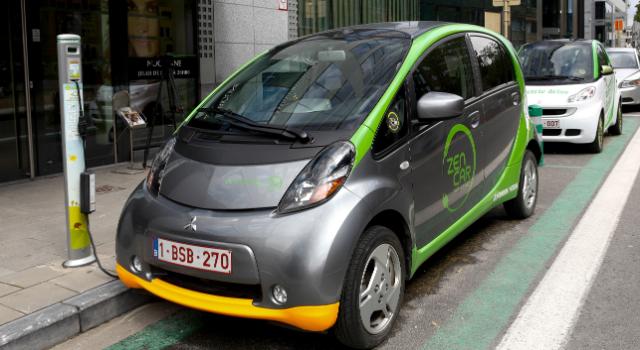 Co-Founder and Associate Member of Carbone 4

A national and European investment programme is needed to finance the energy transition, argues Alain Grandjean. The potential for energy renovation in the building stock is largely untapped.

The objectives of the energy transition in Europe have been clearly identified: reduce our dependence on mainly imported fossil fuels, to limit climate change, bring down our energy bill and wipe out fuel poverty. In addition, it is an important lever for economic recovery in Europe.
Construction is a major industry and accounts for 45% of energy use in France and in Europe; its investment needs run into hundreds of billions of euros. In France, the renovation of public buildings alone (such as schools, offices and hospitals) has generated energy savings of at least €30 billion(1). In Europe, almost €200 billion have been invested.
However, the potential is still largely underutilised. Accounting constraints are a hindrance to projects and the “traditional” means of financing them (which are said to increase the already excessive public debt). Current financing capacities are inadequate, and yet the social and economic effects of energy renovations are extremely positive: creation of local jobs via SMEs(2), injection of vitality into an industry of excellence with export potential, improvement of the trade balance(3) , reduction in CO2 emissions and energy independence (4) . In France, an investment of €30 bn would reduce the energy consumption and the CO2 emissions of the building stock by 20%.
An energy transition financing company
So innovation is more necessary now than ever. The national debate on the energy transition brought to light an idea that was subsequently explored over a period of nine months, thanks to funds from a large consortium of industrial companies, local authorities, banks and NGOs. During the nine months, the practical procedures for setting up an SFTE (Société de Financement de la Transition Energétique, or energy transition financing company) were defined. The SFTE would be a semi- public company with mostly private capital, and would provide a reliable, government-backed guarantee for loans granted by commercial banks for energy renovation projects (5). This mechanism would enable companies that develop energy renovation projects(6)  to secure the best possible lending terms (interest rate and loan period), without these loans being inclu-ded in the debt of the public authority concerned (state or local authority) and without the public guarantee covering the operational risk, which would be borne by the industrial company itself.
Concrete solutions
The SFTE project requires strong commitment from all stakeholders. The public authorities must actively engage(7) in the energy transition and write into law the public guarantee for the SFTE. The EU must update the Eurostat method so that energy performance contracts are not included in public debt according to the Maastricht criterion. It must also increase the role of the EIB in the energy transition. Indus- trial companies and banks must take measures to increase their energy efficiency and must pursue innovation in this area. For example, financiers could develop straightforward, transparent and reliable securitisation soltions to facilitate the refinancing of very long-term loans, with institutional investors, the EIB or directly with the ECB, whose policy has shifted ostensibly towards targeted financing of the economy in 2014.
Curbing climate change and controlling energy consumption are global challenges. To tackle them successfully, everyone in France and Europe must engage actively in the development and implementation of concrete, workable solutions: obviously, this means improving the energy performance of public buildings across the European Union. Now is the time to act, bearing in mind that the economic situation in the EU is difficult and could be substantially improved by making the energy transition a central component of future European construction.

1) 20 bn higher than the current trend, which is less than or equal to 1 bn per year.
2) Around 15 jobs for every one million euros invested.
3) France imports around 50% of the energy it uses.
4) 50% of heating and hot water systems in public buildings run on gas, and 20% run on fuel oil.
5) Mechanisms are needed to leverage private investment while improving the efficiency of public financing.
6) Private or public-law company. Current criticism of public-private partnership agreements was taken into consideration and addressed in this study.
7) Notably by signing the decree on the mandatory energy renovation of public and private tertiary  buildings, which dates back to the Grenelle Environment Forum.