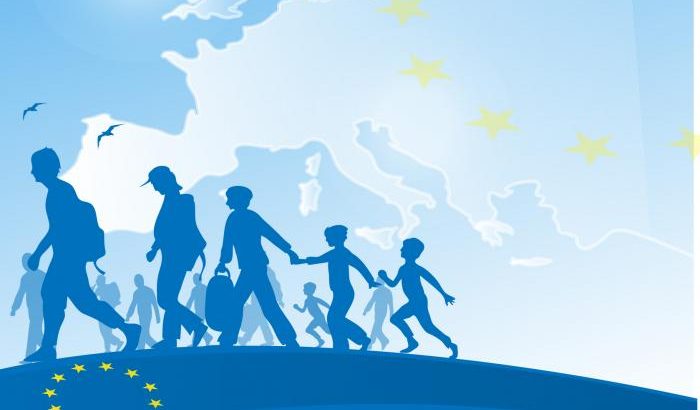 How can we tackle the migrant crisis when nationalist positions, even intolerance of outsiders, seem to hold sway in European public opinion? Surely it is time for each Member State to agree to take its share of the responsibility, particularly by accepting a proportion of these migrants onto its own soil?

During the summer of 2015, and over the last few months generally, Europe has been facing an unprecedented migrant crisis: 625,000 asylum applications in 2014 according to the United Nations High Commissioner for Refugees (UNHCR), and 2,000 dead in the Mediterranean in 2015 according to the International Organization for Migration (IOM) out of the 200,000 migrants who crossed the Mediterranean to Europe. And we must not forget all the other tragedies: Calais, where the asylum seekers and would-be immigrants to the UK have been left to rot in a shanty town no man’s land for several years; the 71 dead bodies found in a truck in Austria, further victims of people traffickers; and of course the Syrians in a state of utmost destitution crossing the Macedonian border at the end of August. The asylum crisis is still on Europe’s doorstep, with asylum seekers coming from Libya (former filter for sub-Saharan migrants on their way to the European Union), from Syria (almost 6 million displaced people, over 4 million outside their own country), from Iraq, from Afghanistan – from which people are still leaving, including those who were sent back – and from the Horn of Africa where civil war is endemic. This is a quite exceptional situation, and Europe might be expected to produce a quite exceptional response.
Rejection of quotas on principle
However, for almost the last 25 years, deep misgivings about migrants – if not outright intolerance of them – have been ingrained in most European countries. The far right is gaining ground everywhere in Europe and national immigration policies usually focus on allaying the anxieties expressed in opinion polls and the fear generated by the unemployment situation. In response to these issues of immigration and asylum, they offer no solutions respectful of human rights, or addressing the needs of the labour market or even the problem of the ageing population. The European Commission’s proposals had long put a heavy emphasis on security issues and setting country quotas for taking asylum seekers, but in May 2015 they issued a fresh set of innovative proposals. Many states rejected them – they rejected them on the grounds of exercising their sovereignty, refusing to accept quotas on principle, but most of all through fear of how public opinion would react. It is high time, given all the tragedies we have seen, for Europe to show itself true to the principles on which it was founded: observance of human rights, particularly the right of asylum (which forms part of the Community law that all EU countries should implement), respect for the dignity of the individual, freedom of thought, freedom of belief and access to these rights. The military-style dissuasion and prevention strategy, consisting of waging war on immigrants and refugees, has been found to be both costly and ineffective. Because displaced people will go to any lengths, and they are not afraid of the public policies supposed to stop them. Today we are a very long way from the welcome given by popular consensus to the Vietnamese and Chileans in the 1970s, even though they were from opposite ends of the political spectrum. We are even further away from the acceptance of the streams of refugees generated by the aftermath of the Second World War and decolonisation.
We need to get back to Europe’s core values
There is one small glimmer of hope in the all-pervading gloom: Angela Merkel’s very recent statement asserting that Germany was ready to do its bit in accepting refugees. Her voice seems to take us back to the values that have been fundamental to Europe and to the Federal Republic of Germany since they were founded. A few other countries seem to be following her lead, slowly, such as Italy and France. Progress is very hesitant, because immigration has so long been associated with insecurity and terrorism that they have been forced to backtrack. Other countries, such as Turkey, Jordan and Lebanon, though ill-equipped to receive such large numbers of people, have already opened their frontiers pragmatically. Charities have gone into action, here and there, sometimes substituting for government bodies. Europe is in crisis and is pervaded by a deep-seated fear of outsiders and being different. To break free of this, and to get back to our values, right now is a good time for a new burst of solidarity.