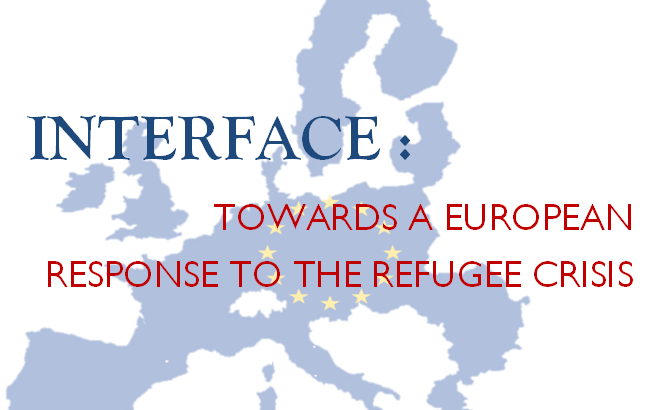 The European Union comprises a very complex number of States, with diverse civil societies and differing opinions. Regarding the refugee issue, a lot has been done.

For EASO, the chosen approach is a mixed one in which the aim is to create a crisis mechanism in itself without forgetting to take the root causes into account. Addressing root causes on migration as a whole allows to bring the migration management and the refugee action itself into economic development. There are demographics and insecurity reasons to migration. In Nigeria, for instance, the prospects of the growth of the population are such that Nigeria could become the third largest country in a couple of decades, close to 1 billion people. There are also environmental issues, as rates of destruction of arable and agricultural resources in Africa are increasing. And religious and ethnic issues which are not only about the explosion of demographics, cannot be forgotten.

Europe continues to innovate to embrace the migratory pressure. Fighting poverty is the main issue that needs to be managed. The EU was one of the main participants of the United Nations Convention and the New York Declaration on the global approach on migration of September 2016. The EU is a big player but it is not new: we have been and still are pioneers on the framework of partnerships. The migratory crisis is not just around us, but everywhere. The UN figures point to 66,5 million refugees or displaced people, only a few millions have reached the shores of Europe. The response of the European Union has been quite determined, significant, logical and follows three main pillars : a EU common crisis response, secondly, legal reforms ongoing and, thirdly, approaching the root causes of migration by accurately defining what the status of refugees really means. The EU has been and continues to be innovative, and a key player, perhaps the biggest in the terms of protection. These aims will be achieved thanks to the creation of the new asylum agency The Union resettlement framework, most of which will be regulations and not directives, shows that the Union is now pushing for a coherence and is now making the law mandatory rather than just giving directives that are not obligatory.

This new agency has three or four new roles, which are controversial and have roots on the package of the legislations on the monitoring of how Member States are implementing the new regulations. For example, the new role on monitoring Members States systems and how Member States are and will be implementing the new regulations. Different countries have different approaches to the same issues on refugees. Guidelines should help to treat particular cases. The relocation has not worked perfectly but there will be a mandatory key redistribution mechanism and the agency will be the one to implement it. Solidarity and responsibility have to be applied and shared by Member States rather than assert their differences. That is the purpose of the Agency.