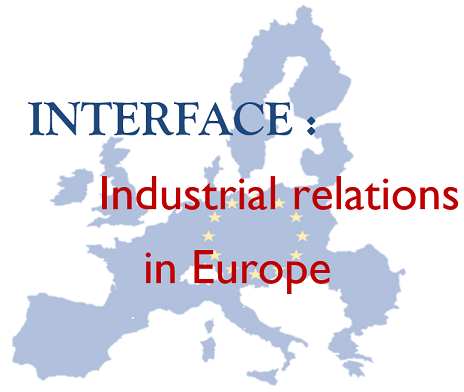 Challenges of the digital transition and training of the work-force: Role of the social dialogue
Summary reports of two seminars held on 9 and 15 July 2015

At national level, social partners in Germany say they have been discussing the issue for a long time (through Work 4.0) and, as a result, are amending their business models and the way they organise work. Germany is one of the most advanced countries when it comes to managing the digital revolution[1], and even IG Metall says they are still at the stage of identifying problems before being able to seek a common solution, although a lot of progress has been recently made.
In countries where social dialogue is not firmly established, developing a joint approach to changes in the employment market is even more difficult. In Poland, for example, the problem is twofold. First, sectoral insufficiencies are depriving the country of relevant national regulations, which could play a key role in dealing with current changes. Second widespread fragmentation of social dialogue because it is the companies that have most control.
The scope and increasing speed of the societal and economic transformation brought about by digitalisation are however widely acknowledged. New competitors are emerging at an unprecedented rate in an increasingly competitive international environment. So stakeholders have no choice but to tackle both challenges head on: not only the digital and energy transitions but also the need to become more competitive. At present, the main focus of social dialogue within companies is competitiveness, although the digital transition is starting to make an informal appearance on the agenda.
There is no consensus either at European level or in Member States regarding the impact of the digital transformation on employment (net balance). The debate over the quantitative effects on employment is far from over.
The digital transition is destroying some jobs, creating new ones, and changing all of them[2]:

It is affecting jobs in all sectors, although there is no consensus on which are or will be most affected.

Some argue the digital transition could lead to a polarisation of the labour market into very high-skilled jobs and relatively low-skilled jobs, with medium-skilled jobs becoming increasingly rare. The situation is all the more worrying because it is the peripheral countries (Romania, Portugal, Bulgaria and Greece) that are most affected by job computerisation. This creates a high risk of intra-European polarisation, concealed behind an estimated European average of 54%[4].

The digital transition will not be a natural process for everyone and that substantial incentives will be needed to ensure the smooth redeployment of labour and the massive retraining of unused reserves of human capital left by the wayside. There is an urgent need for training and for better identification of skills needed by the employers. Inadequate training is a threat to our competitiveness on the global scene. In 2020, 90% to 100% of all jobs may require digital skills, and therefore new skills.[6] As highlighted in a joint statement by European social partners signed by the ETUC, BusinessEurope, UEAPME and CEEP and submitted to European leaders at the Tripartite Social Summit of 16 March 2016: “it is vital that people possess the skills needed in our constantly changing labour markets, so that they have access to the new jobs being created.”
Therefore, social partners have an essential role to play in encouraging workers, the unemployed and those furthest removed from the job market to engage in further training, in order to reduce discrimination between the young and old, between highly-qualified and low-qualified workers, and so on. Some companies[7] have addressed this problem, but the majority are still facing a huge skills shortage. There are still no global mechanisms to help equip businesses in Europe with the necessary digital skills.
To develop relevant training programs, it is vital that we identify the skills most requested by businesses and specific sectors. Social partners are in the best position to do this, but some warn against the practical difficulty of evaluating long-term skills needs.