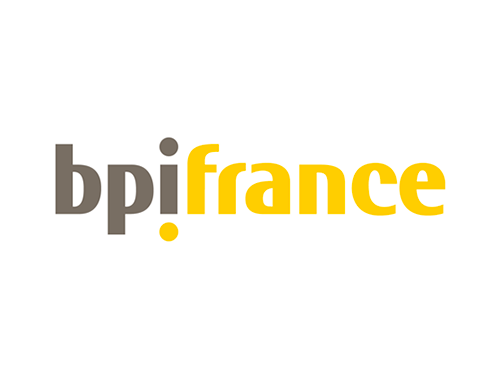 Nicolas Dufourcq explains the essential role played by Bpifrance in project finance, and highlights three measures that could increase paneuropean cooperation among operators.

The direction of investments
The direction of investments is a crucial issue. In France, the investment effort made by companies in the years leading up to the crisis seemed, overall, to be relatively sustained. Paradoxically, this has not stopped industrial profits from dwindling steadily over the last six to ten years. Looking more closely, investments were largely channelled into the construction industry, where prices have risen faster than basic prices elsewhere. This probably goes a long way to explaining the paradox. Intangible investment, which is sustained by significant tax incentives, has also increased with the gradual spread of new technologies and the needs of the new economy. Yet the various indicators relative to the innovation effort of French companies show there is still a long way to go. For example, in 2013, the share of R&D expenditure in GDP was 2.2% in France compared with 3.0% in Germany (i.e. a difference of around €17 billion). Were French companies to invest an additional €10 billion, it would bring France’s industrial R&D effort closer to that of Germany and the USA. Overall, the shortfall in investment has made French companies less competitive. Their products are geared too much towards the medium-range market, so inevitably their profits have dwindled and they have lost market shares to international competitors. This raises the danger of a vicious circle where, price being the only adjustment variable, the pursuit of profit reduces the amount of internal resources invested in innovation capable of maintaining market power. This in turn puts more pressure on profit.
A productivity and quality challenge
The challenge today is to increase the productivity and quality of investments. Greater support is needed for innovation, developing start-ups, replacing and modernising production equipment and developing international business. For this, appropriate financing options are required. Banks, which provide almost all the loans for SMEs in France, seem to have little or no hesitation in financing what could be described as standard, tangible investments. But bank lending does not meet or only partially meets the needs of innovative projects, either because of the type of business involved (young companies) or because of the nature of the project itself (if there is no collateral, for instance). France has a lot to offer as far as equity financing is concerned, which is essential to high-potential SMEs (both start-ups and those in a more advanced phase of growth). It has a well-established venture capital market and is the second biggest investor in Europe. However there is still a significant lack of private funds, especially where the risk is highest, (for example, for financing the growth of young SMEs).
Given this market’s shortcomings, the intervention of an organisation such as Bpifrance is essential in financing this type of project. It is essential because it has the necessary resources, and because it focuses on the most critical segments of investment projects. Above all, it has the capacity to channel private funds into these projects, which are a condition of all its interventions.

An ambitious investment policy is needed
However, France is not the only country facing such challenges. The need to restore business and investment activity is wide- spread across Europe, which must address the looming problem of deflation, rekindle its development potential and establish a form of convergence between different national economies. Even in Germany – which is currently reaping the benefits of the wage moderation policy introduced ten years ago and of its sound, well-positioned companies – the low rate of investment, especially public investment, over the last few years is a threat to future success. An ambitious investment policy is needed there too, not only in the interests of Germany itself, but also for the general interest. So we can only welcome the €300 billion recovery plan announced by Jean-Claude Juncker in June, as it responds to the need to promote strategic investment in the Europe of tomorrow. In this respect, the President of the Commission has sent out a positive signal to the market. The plan – whose details are yet to be hammered out – should leverage private investment and enable the development of large-scale, long-term, innovative projects creating new jobs. The priority sectors pro- posed, namely infrastructure, the energy transition and SMEs, are essential for this purpose.
Three promising measures
One of the challenges of the investment plan will be to spend wisely. In addition, a set of criteria and priorities must be defined. This will mean optimising existing programmes. Three measures could be useful in this respect and merit further discussion: Firstly, it is vital to strengthen the links between European financing programmes and those developed by national operators such as Bpifrance. This would make it possible to harmonise priorities and pool public-private resources within common instruments, to maximise the leverage effect of the European budget.
The fact that our counterparts in the European Long-Term Investors Association (ELTI), the Network of European Financial Institutions for SMEs (NEFI) and the European Venture Fund Investors Network (EVFIN) agree with us in this respect is encouraging. Like Bpifrance, our European partners – such as the KfW in Germany and the Cassa Depositi e Prestiti in Italy – have in-depth knowledge of market needs and have been commissioned by their respective governments to perform budget execution tasks. In this context, and given the constraints on public finances, the EIB and the Commission should rely more often on national opera- tors to implement European programmes (e.g. Horizon 2020, COSME, structural funds).
Bpifrance is involved in man- aging Community programmes such as the RSI scheme for funding innovative businesses and the Eurostars programme for collaborative RDI. It also helps manage European Regional Development Funds alongside regions. Secondly, the Commission should be encouraged to set up a European financial plat- form composed of a network of leading public and also private-sector financial players from the different Member States1. This network of loyal financiers would have a triple purpose: to investigate, along- side European institutions, the coherence of instruments already in place for providing financial support for businesses; and to share best investment practices and organise the syndication of transnational investments in large-scale projects in order to open up the market. Bpifrance and its European partners are ready and waiting to participate.
The Green Paper on the long- term financing of the economy(2), which was published in March, is very positive in this respect. It recognises the contra-cyclical role played by ourinstitutions – particularly during the crisis – and the benefits of increasing their participation in European policy-making and in managing EU funds. It also states that “given the stabilising economic situation(…), there is a need to focus on market failures and on value-added operations”.
Bpifrance agrees in substance with this analysis, as its intervention doctrine is in line with these principles. However, given the cyclical nature of the market, especially in a gloomy economic climate, it would also point out the importance of maintaining the flexibility of action of public investment banks. This is evidenced by the very broad spectrum of business models employed by these banks today.
Lastly, efforts to make EU financial instruments simpler and more flexible should continue in order to optimise synergies with existing national programmes. The terms and conditions of the financial instruments used in the COSME and Horizon  2020 programmes – notably regarding risk-sharing with the EIB group – should be more versatile to take into account the risk profile of underlying assets while ensuring the EU budget is exposed to the same level of risk.
Bpifrance is fully committed to addressing all these challenges, in close collaboration with the market players, the EU institutions and its European partners.

1.Editor’s note: See Natacha Valla’s article on p. 35.
2. Editor’s note: Confrontations Europe has been working on this subject for over three years, alongside several economic and financial players. In addition, Philippe Herzog made an active contribution to the Green Paper. See his article on page 20 of la revue no 101 (april-june 2013).