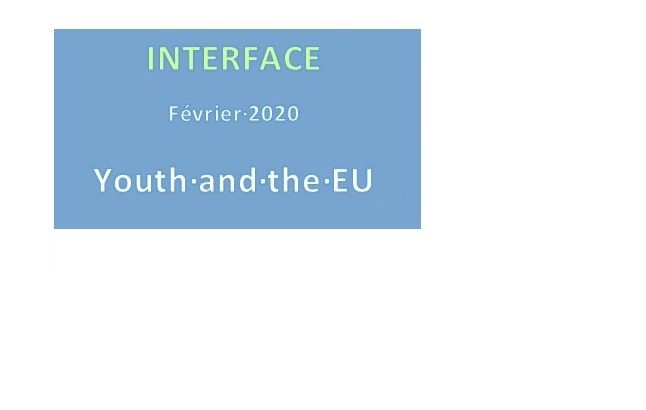 Throughout the year 2019, Confrontations Europe conducted a transnational and youth-oriented project: the Solidarity Tour. Young Europeans, representing eight nationalities, met and exchanged during participative and intercultural seminars in six European countries, to issue recommendations and discover their shared history.

FROM LILLE TO BELGRADE: ENGAGING YOUNG EUROPEANS INTO A EUROPEAN DEBATE

Integration in the labour market, social Europe, regional and international mobility, immigration and asylum, values of the European Union, democracy… These topical issues were debated all year round, during regular meetings between young European citizens. Coming from Germany, Belgium, France, Greece, Hungary, Poland, Czech Republic and Serbia, these young people of various backgrounds (high school students, university students, jobseekers, artists, independents…), sometimes disadvantaged ones, had the opportunity to share experiences, debate and issue recommendations on these subjects of importance, both for their own future and the European Union.

The debate was not restricted to the young participants and their facilitators. After exchanging within workshops and sharing their conclusions in front of the other groups, they had the opportunity, at each seminar, to present their recommendations in front of a panel of experts. Representatives of the European Commission, of the European Parliament and of Erasmus+ in the different countries, local and national decision-makers, NGO or trade union representatives took part in the exercise of listening what young people had to say and reacting to their proposals. A “bottom-up” approach, far from a lecture, which committed in enhancing young people’s voices.

Integration in the labour market and social rights in Europe triggered genuine concerns as well as a certain feeling of injustice and inequality. The participants, especially from Eastern Europe and Greece, stressed the need to make social standards converge in Europe, in particular regarding social security, minimum wage or working conditions (weekly working hours, undeclared work…) between the Member States. The Polish, Hungarian and Serbian participants in particular, cited that numerous workers from their countries move to Germany for example, and that they consider this possibility themselves, to benefit from better living and working conditions. These remarks appeared from the first kick-off seminar in Lille, and were developed in Warsaw, Prague and Budapest.

In Prague, Budapest and Belgrade, where the EU’s democratic values and the perspective of enlargement were debated, the participants expressed quite clearly that joining the EU requires the respect of democratic standards, but that it should also apply to the Member States, and that real sanctions should be taken if the EU’s values were not respected.

A FOCUS ON MIGRATION

In Athens, where young people worked on asylum and immigration issues, they had the opportunity to visit a shelter for unaccompanied minors, managed by the Greek association ARSIS, and they exchanged with refugees, asylum seekers and representatives of the UNHCR and Doctors Without Borders. These meetings allowed to put faces and stories on the statistics surrounding migration issues, to meet actors on the ground, and to go beyond media and political rhetorics. Numerous participants, in particular the Greek ones, advocated for an asylum and immigration policy managed at the European level, with a fair distribution system between the Member States, ensuring decent living conditions to the asylum seekers, and respecting human rights.

A real need and will to be informed on European matters also emerged. In Prague, Budapest or Belgrade, the participants proposed the implementation of European civic education classes in all Member States, in primary and secondary

schools, to provide citizens with knowledge on the functioning of the EU and on the history of European integration. This would develop a feeling of European belonging and citizenship, and would give (young) citizens the will to vote in the European elections.

Likewise, Erasmus was not unknown from the participants, but most of them (in particular apprentices) lacked the necessary opportunities to fulfill a mobility project. The participants, from all countries, insisted on the necessity for mobility programmes such as Erasmus+ to be expanded beyond universities, especially to technical and vocational schools, teachers, and rural areas.

DISCOVERING EUROPE’S SHARED HISTORY:  PILLAR OF A FEELING OF A EUROPEAN BELONGING

In parallel to these participative workshops, the Solidarity Tour included a cultural programme, which allowed the young participants to discover the history and culture of the different countries visited, but also Europe’s shared history and culture. The different museums, film screenings and historical centres contributed to the emergence of a feeling of European belonging, through an awareness of what unites us as Europeans, and the necessity to preserve a hard-won peace and cooperation.

Our partners in the different cities played a crucial role in the elaboration of this cultural programme: Solidarnosc in Warsaw, EUROPEUM Institute in Prague, the French Institute of Budapest, ARSIS and the Greek Film Archive in Athens, the secondary school of shipping, shipbuilding and hydrobuilding in Belgrade, the House of Portugal – André de Gouveia and the Cité Internationale Universitaire in Paris… Without these essential European partnerships, the Solidarity Tour could not have taken shape.

A FINAL CONFERENCE TO CONCLUDE THE PROJECT

The project’s final conference was not a mere presentation event, during which the young participants, after being actors of the project for almost a year, would have only been “spectators in the back row”. The “bottom-up” model chosen for the seminars was then reproduced, at a larger scale, for the final conference.

Participants from the “Solidarity group” were gathered with other young people, living in Paris agglomeration and coming from vocational high schools and associations. Within participative workshops, they worked together on the four main topics of the Solidarity Tour: integration in the labour market, mobility, asylum and immigration, and democracy.

The Representation of the European Commission in France, the European Parliament’s Liaison Office in France (and their “Ambassador School” programme), an MEP, the counsellor of Paris in charge of European affairs, French MPs from the European affairs committee, the House of Portugal and the Cité Internationale Universitaire, the French-German Youth Office (OFAJ/DFJW), the association AFEV, the Young Europeans France and the translation school ESIT took part in this French-English bilingual event.

This conference was the occasion, for all these young people having different experiences and backgrounds, to issue their recommendations and to exchange with a panel of speakers prone to spread their message. The occasion, as well, to discover a unique place: the Cité Internationale Universitaire in Paris, where around 6000 students, researchers, artists and athletes from all over the world live together, in 40 houses representing more than 140 different nationalities.

If this conference concluded the Solidarity Tour’s “physical” events, the project’s outcomes do not end here. Confrontations Europe published a methodology guide and a manifesto, and will keep advocate for young people’s voices in its future activities. With the Conference on the Future of Europe starting next May, a window of opportunity is open to bring the recommendations of the Solidarity Tour’s young participants towards European decision-makers.