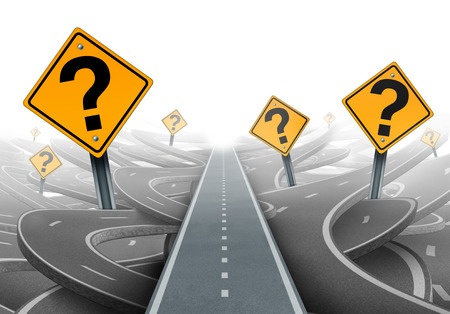 Much has been done in the EU to increase the supply of finance for infrastructure. However, and this is the point we want to make, even if we manage to create the right conditions on the side of the supply of long term finance for infra- structure, we will never get a market for PPP in Europe if we do not work on creating the right condition on the demand side. By that we mean the creation of a much larger base of pipelines “investment grade” and bankable projects, for large, medium and small public works and infrastructure. At the moment this is probably the single most serious problem of financing infrastructure in Europe: lack of investable projects. We are confronting in the EU with a phenomena known as the “Infrastructure Bottleneck” (BIS, 2014).
Complexity of the agreements
Infrastructure are characterized by certain idiosyncratic features, typical for newly constituted markets. The financial offer is abundant but the pipeline of bankable projects is still narrow, even in the most advanced markets, such as the European market. One example is sufficient: one of the largest Greenfield funds, operating in Europe decided to co-invest in equity in only 9 of about 500 analyzed projects in the sector of energy and transport in the last two years. And we are talking mostly about EU flagship TEN-T and TEN-E large and medium infrastructure initiatives. For some other funds operating in Europe the ratio of projects analyzed and projects in which it was decided to invest, is slightly higher, but in any case it remains low. This is worrying and it means that much progress still has to be made to launch on a wide scale Private Public Projects in Europe. It means also that there are players or processes representing “weak links” in the life-cycle of projects. The complexity of construction and financing of major projects, especially in sectors with high technological con- tent or with high regulatory or macro-economic risk, requires agreement with various entities working together like an orchestra, and not for a short period of time, but in many cases for 10, 30 or 50 years. Indeed, the involvement of a wide range of parties in infrastructure projects – construction companies, operators, government authorities, private investors, insurers and the citizens – make it a complex task to design an efficient set of contracts. Even when projects seem to be financially viable the sharing of risk, the quality of institutions and the rule of law are determining factors for the success of the initiatives. And these features are not standardized and not at the same level of efficiency and quality across the EU countries members.
Here proper contractual structure are crucial. As it is also crucial a solid legal framework. Not to mention political risks. Unexpected increases in prices; new regulations; or unilateral renegotiations of existing contracts by new goverments are the main political risks. These and other risks can be properly put under control, but they must be addressed with much more decision by national government and by the EU.
We must note, by the way, that the project financing market still represents only 10% of all infrastructure financed in Europe. The remaining 90% is financed either by corporate financing or by general taxes.
So the project financing market is still rather small and the potential for growth is indeed extremely high, especially in the developed economies were the fiscal burden leaves very little space of maneuver for direct public investment. Time is short. Europe needs serious investment policies and long term finance needs to find the right place to invest its money. We have all heard talks of financing infrastructure with PPP for over 20 years. Too little has been achieved so far, except for the UK and other few country-specific experiences.
Public Private Partnership: lack of progress
Let us give you some numbers (EIB, 2013). In the period 1990-2013 in Europe almost 1600 PPP projects reached the closing for a total value around 300 billion euro. In the period 2007-2013 the PPP projects have been 572 for a value of 105 billion. More than half of these projects are concentrated in the UK, 11% in Spain, and around 5% each in France, Italy, Germany and Greece. Moreover
76% of EU PPP in concentrated in the transport sector, with an average value of single project over 500 million each, followed by education and health. However, if in the UK social infrastructure have large share of the cake (35% education, 34% health, 14% public utility) in Continental Europe PPP projects in these sectors are still very few.
In fact, if we consider the share of investment financed by PPP versus those purely financed by taxpayer money they are equal to 10% in transport in the UK and 5% in Continental Europe, 20% in education in the UK and less than 1% in Continental Europe, 40% in the UK in health and 1% in Continental Europe (Wagenvoort, de Nicola and Kappeler, EIB, 2010, EIB, 2013 and EPEC, 2014).
Now, if we want long-term institutional investors to be able to invest in this type of projects, it is necessary for the projects to be standardized and collected in dedicated portfolios. This poses some challenges, which should be at the center of EU and member states’ policy actions in terms of long-term investment, especially in Continental Europe.
President Juncker announced that a first priority for the new Commission is to present an ambitious Jobs, Growth and Investment Package to mobilize up to 300 billion euro in additional investment in the real economy over the next three years. Such a Program may have success only if all policymakers work very seriously on creating the right conditions for creating large bankable pipelines of projects grouped in different sizes and sectors. Otherwise the supply of finance will not meet an equivalent demand of projects. On this front we are still far from the minimum required to achieve the desired objective.