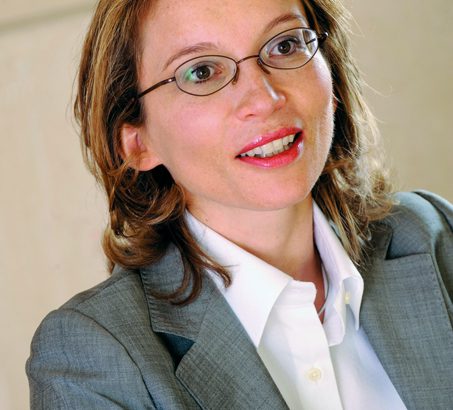 Juncker’s investment plan should include a component on “human capital investment”.

Because business or public investment has a more rapid impact on growth than human capital, the latter is strikingly absent from National and Europe’s various investment plans. The European Commission’s new president, Jean-Claude Juncker, has made the mobilisation of 300 billion euros in investment the key focus of the next Commission’s policy orientations. Unfortunately, this is not enough to boost long- term growth in Europe. The economy is sluggish mainly because the overall labour force is insufficiently skilled and because economic policies lack coordination. Obsolescence of human capital is the key challenge of Europeans. Jean-Claude Juncker’s European Union investment plan needs to have a section devoted to “investing in human capital”.

Progress could be made
We wouldn’t be in this position if we had listened to Raymond Barre, the European Commission’s former vice president, who called for the simultaneous introduction of a single currency and European solidarity mechanisms. If this policy had been applied in the early 1970s, or if the now defunct Lisbon Agenda had been implemented to make the European Union “the most competitive and dynamic knowledge-based economy in the world in 2010”, the current crisis would have been much milder. Moreover, the income inequality rise could have been more limited. And, above all, there would be no doubts about the eurozone’s capacity to weather the storm.
Unfortunately, even though real progress has been made, further pursuit of European construction is hampered by the rejection of coordinated economic policies due to fears of a loss of sovereignty. Yet progress could be made if the European Commission were to show proof of pragmatism. It recently managed to get the European Council to adopt a youth programme (so-called Youth Guarantee) after pointing out the excessive number of youth under age 25 who are Not in Education, Employment or Training (NEET). Even France, which considers itself the example to follow in terms of social policy, did not think it was necessary to set up specific programmes in keeping with the scale of the problem. Today, the Youth Guarantee initiative has been adopted throughout Europe. It represents social and economic progress, but it also marks an advancement in European governance. This type of initiative should be rapidly expanded not only to professional development but also to education. It is not a matter of making education an exclusive competence of the European Union, but to force Member States to improve their long-term competitiveness. Recent efforts, like those undertaken by the OECD, are based on the analysis of Nobel Prize winning economist Paul Krugman, who said that a country’s competitiveness depends on its capacity to improve productivity and to ensure that average export prices increase faster than import prices. If this is not the case, then the inhabitants are only impoverishing themselves relative to their trading partners.

Northern Countries’ specific policies
Of course, investment, innovation and its spread throughout the economy are the keys for sustainable growth. But they also depend on the quality of the overall labour force’s initial qualifications and average skills level. Innovation comes from education, but spreads within the businesses as well as the whole economy even more rapidly when the average skills level is higher. Competitiveness depends on skills. The lack of skills and the obsolescence of human capital weigh on competitiveness. Technical as well as economic obsolescence result from insufficient use of skills, ageing, technological and organizational change, shifts in employment… and has accelerated with globalisation and NTIC development. The northern European countries clearly set up specific policies to prevent drop outs, facilitate the transition from school to the working world, and to offer professional development for the over 45 age group. In Luxembourg, for example, “mosaic classes” allow students in difficulty – identified at a very early stage – to benefit from personalised teaching to keep them from dropping out. In Sweden, Norway and Germany, high schools offer alternating work/ study programmes. In Sweden, the training ratio for the over 45 age group is 74%, compared to 33% in France. 15% of the Swedes have followed formal professional development sessions that enable them to develop their skills, and not only to boost the labour productivity, compared to 3.5% in France for the 25 to 64 age group. According to the OECD, for adults in these countries, not only their reading and writing skills, but also their calculating and math skills (numeracy), are much higher than in Spain, Italy and France.
The underlying method of the “Youth Guarantee” could be expanded to education and professional development, which is a key of potential growth. This would involve setting up a system to provide member states with funds from a specific budget line supported by European funds, which would complement national projects. France should support such an initiative since in the end it stands to gain a lot. Looking beyond the implied improvements in the functioning of the Economic and Monetary Union (EMU), such European policy would increase the employment rate of all the Member States, and thus boost Eurozone domestic demand in spite of an intra-euro battle to gain market share as currently. But it means that France accepts to integrate the best practices of other Europeans.