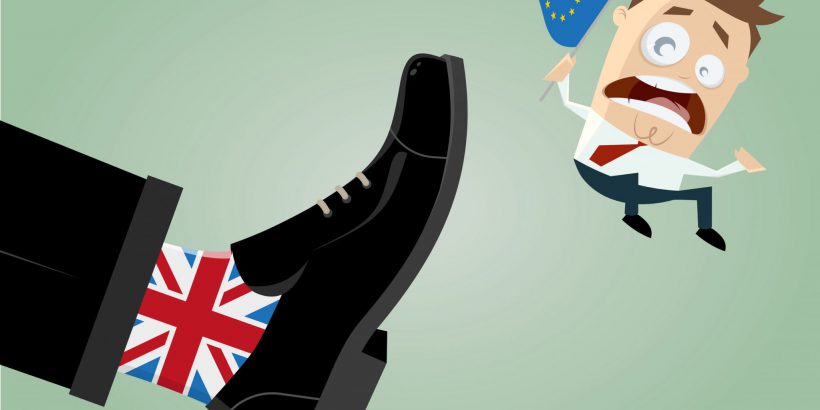 It says much of Europe’s introverted political mood these days that the Brexit referendum was seen not only in the UK but around the EU as a basically national issue rather than as one with an EU-wide dimension. The European Commission’s refusal to contribute to the British debate the fact and figures that ‘Remain’ campaigners so evidently lacked was symptomatic of the EU’s short-sightedness.

Now Brexit is a reality it clearly risks being a disruptive threat to the whole European Union. Not so much for the “me too” referendums some observers warn that eurosceptics elsewhere in EU may demand, but because Brexit highlights the EU’s weaknesses that member governments preoccupied with their own sovereignty have long preferred to ignore. With the European project now in its sixtieth year, its structures have become seriously flawed and ill-suited to 21st century conditions.

The immediate threat created by Brexit is that it will provoke an outbreak of deal-breaking among EU governments. The treaties and the ideals that tie European countries are already coming under pressures that look likely to intensify. Although Britain’s withdrawal from the EU isn’t directly responsible for this, it has created a new climate in which commitments are no longer regarded as unbreakable.

The intention of some central and eastern European member states – notably Poland and Hungary and possibly their fellow Visegrad countries, the Czech Republic and Slovakia – to present a reform plan diluting the EU’s powers is the thin end of a very dangerous wedge. And in addition there’s the growing divide between southern and northern eurozone governments along with the hugely divisive questions raised by the ongoing migrant and refugee crisis.

To look on the brighter side, Brexit need not necessarily be an undiluted disaster. If it serves to awaken Europe from its sleepwalk towards a greatly diminished global role in both economic and security terms, then it might turn out a blessing in disguise. Optimists like myself still nurse hopes that the EU will respond to Brexit with far-sighted reforms capable of streamlining it to make it more efficient and therefore popular with European voters.

The need for this is self-evident; Europe faces mounting economic difficulties. In a majority of EU countries social safety nets are threatened by sluggish growth and dismal business outlooks. Social tensions are being generated by wealth inequalities, by high youth unemployment, and the political conflicts surrounding immigration. The EU is caught in a Catch-22; to deliver renewed economic dynamism it needs greater political unity, but that unity can only be achieved in an improved economic climate.

Perhaps, then, Brexit will at last provide the wake up call Europe so badly needs. The shrinking and ageing of its working age population, and its belated and inadequate responses to globalisation and the digital age, should have rung alarm bells many years ago. Now is the time, therefore, for the EU to confront its own shortcomings and admit they are to a large extent responsible for its dwindling popularity right across Europe.

But Brexit also presents the EU with a tricky dilemma. If the UK’s withdrawal terms are mishandled and overly punitive, that could fuel demands in other countries for their own ‘leave’ referendums, while major concessions to the UK could lead to a chorus of ‘me too’ demands. The way out of this dilemma is for Brussels to present its negotiations with London in their appropriate context, which is that of re-thinking the EU’s own decisiveness – meaning its pooling of political clout – and thus its decision-making processes. There hasn’t been a catalyst for genuine EU reform since the ill-starred European Convention of 2003, and now for good or ill Brexit presents a fresh opportunity.

Giles Merritt’s book ‘Slippery Slope – Europe’s Troubled Future’ (Oxford University Press, May 2016) has been selected for the shortlist of three non-fiction competitors for this year’s Prix européen du Livre. An updated post-Brexit paperback version is to be re-issued in January 2017.