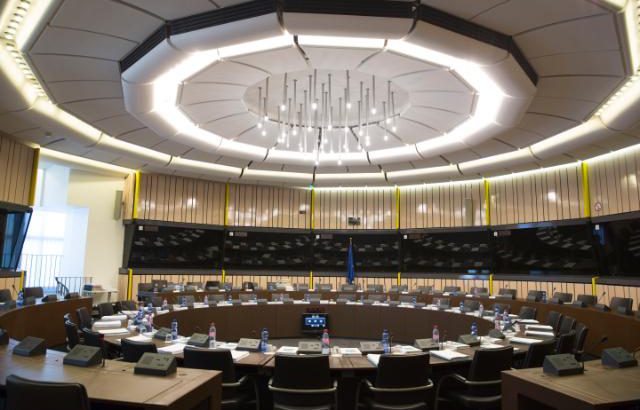 The idea of developing an EU public investment strategy is back on the agenda. Carole Ulmer reports on current developments.

It has been several years now since the European Commission and the European Investment Bank (EIB) began to change their approach to budget management. According to Henry Marty-Gauquié, who represents the EIB Group in Paris, a “silent revolution” took place in 2007 with the establishment of the EU’s 2007-2013 multiannual financial framework, which marked the beginning of a gradual shift in the European budget from a “culture based on subsidies to one based on economic investment.” This is evidenced by the introduction of various new financial instruments (such as risk sharing, guarantees, equity and project bonds), allowing for the use of European public funds to leverage private investment in European added- value projects. These tools are more extensively used in the 2014-2020 multiannual financial framework(1). Today, more funds are being allocated to a broader spectrum of projects (Horizon 2020 for research and development, skills and jobs for young people, SMEs, infra- structure, the environment and so on). And the first project bonds have been issued in Germany and France.
The idea that a public stimulus is needed to restore investment in the EU has been gaining ground in the last few months, following the renewal of the European institutions and under pressure from various groups (trade unions, large employers, the citizens’ initiative, etc.). It is against this backdrop that Jean-Claude Juncker has put forward a recovery plan worth €300 billion over three years. A fierce debate is now raging over how the funds will be allocated. How will investment projects be selected and how will the plan be governed? Numerous proposals have been made and, in all of them, the EIB plays a key role(2). France and Germany have developed joint proposals, while Poland’s finance minister, Mateusz Szczurek, is calling for a European Investment Fund big enough to finance up to €700 billion worth of projects. Debate is also stepping up on the creation of an EIB task force that would work with national public investment banks to identify suitable projects. How should we go about selecting the projects that best serve the European public interest? Doesn’t politics have a key role to play in incorporating such investments into European strategies on industry, energy, the digital economy, training, human capital, etc.?
Financing the Juncker plan
Another important question: how will the plan be financed? Will existing resources be used or new own resources introduced by Monti’s high-level group? Will there be another increase in the EIB’s capital? €80 billion could be taken from unallocated structural funds. In addition, the EIB has brought €60 billion worth of securities to the market, which could leverage up to €180 billion of private investment. The remaining €40 billion could come from project bonds. But the structural funds are often criticised for financing too many small projects, while EIB funding is often blocked by a lack of necessary national co-financing. The question of whether or not to increase the EIB’s capital is controversial. The President of the EIB group, Werner Hoyer, is reticent: “Let’s talk about projects before we talk about increasing the capital.” It should be pointed out that the group’s investment commitments already rose by 37% in 2013, following a decision in 2012 to increase its capital by €10 billion. Werner Hoyer is focusing on measures to improve national and European guarantees, such as the pilot project implemented in Italy to provide support to SMEs.
At the informal meeting of finance ministers on 13 September, the EIB and the Commission were tasked with identifying investment projects in need of funds and submitting an interim report at the next ECOFIN meeting  on 14 October(3). Many questions remain to be answered and a lot of options are available; concrete proposals are expected this winter. Our conference will play a proactive and influential role.

1.See the presentation given by Hervé Jouanjean, former head of the European Commission’s DG Budget, to Confrontations Europe’s “European Budget” working group on 26 March 2014 at http://www.confrontations.org/ fr/domaines-detudes/budget-europeen/ reunions-budget
2.See Dominique de Crayencour’s article on p. 36.
3.This issue went to press at the end of September 2014.