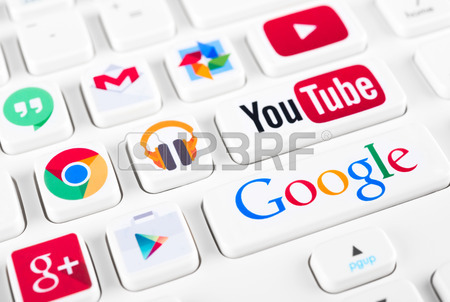 While the eurozone economy is expected to contract by 0.4 per cent in 2013, the Internet economy in the G20 countries is forecast to grow by 8 per cent each year for the next five years. Internet (and ICT more broadly) has been an enduring bright spot of growth delivering value for Europe by generating economic wealth and offering new opportunities for innovation and higher productivity in private and public sector, as well as more value to Europe’s citizens. The Internet economy is not a specific sector or an industry, and its transformational impact spans across all sectors of the economy.
Internet is a great tool but it is not neutral. It influences the societal choices, and the economic transformation of civilization which requires a redefinition of the responsibilities of economic and social actors, and of regional, national and European public authorities. Internet renews the reflections on European solidarity, both in terms of universal access to technology and information and also through territorial cohesion or further training. And this happens at a time where the European social model based on high level of employment and purchasing power, unparalleled social protection and public services, powerfully organized social dialogue and social relations through national and European institutions and laws is challenged not only by the crisis, but also in the context of globalization, of heightened international competition and ageing.
European leaders agreed that the October European Council will be dedicated to the digital economy and innovation. Strenghening the Social dimension of the Economic and Monetary Union is now a priority. It offers a unique opportunity to acknowledge the Internet’s contribution to Europe and give a clear direction on ways to maximize the impact of the Internet to modernize the European social model.
Against this background – and with a view to inform the European Council – Confrontations Europe has led a year-long project on the Internet and the European Social Model. It focused on the role of Internet in three areas: education, training and skills; employability and the future of work; public sector innovation. Based on the input from and discussions with a  wide range of stakeholders, including representatives of the European Commission, academia, trade associations, business, national and local governments, we prepared a set  of recommendations for the digital European Council on 24-25 October 2013.

The Internet has not yet revolutionised education as it did with other sectors. Parts of Europe are significantly behind in taking advantage of the power of web in education. The Internet and digital technologies, such as MOOCs (massive open online courses), can have an important role to play to complement and support the traditional education and learning, and help Europeans to develop and upgrade the skills needed to find employment in the  21st century economy.

Internet, employability and the future of work

ICT have become crucial for employability, firm organisation and labour market functioning. They can be a tool to better matching skills with labour market needs and to design new forms of work.

Despite the challenges of today’s economic climate, increasing scarcity of public finances   and raising expectations of public service delivery from the citizens, governments can leverage technology to achieve modernization.