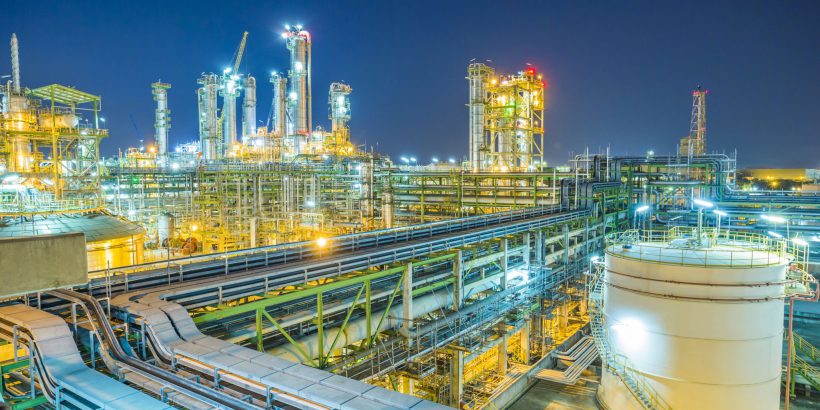 In Europe, this spring of 2012 is marked by recession, rising unemployment, national unrest and anxious politicians. “We need growth”, they say. But how are they, and how are we going to create it? The European crisis is a major crisis of private and public debt indissociable from the type of growth it has financed, focused on consumerism and the accumulation of wealth. The debts left behind and the obvious lack of preparation today weigh like lead on our efforts to build new growth.  All we hear is (albeit important) talk of how far-reaching our austerity plans should be, when instead we should be actively working to increase and unite our efforts to create growth fuelled by a new industry.
To meet demand, some may be tempted to kick-start the economy through consumption, but the nose dive that would follow would be even more terrible. We are in need of long-term recovery, to begin to consolidate the foundations for medium and long-term growth. And the driving force for this recovery must be investment. But it must also be efficient, because we could lose enormous resources if they are invested in research, education and infrastructure that do not generate production and employment. And a crucial aspect of efficiency is competitiveness. Let’s face it, why is the Union under threat of exploding? Because of the extreme trade imbalances and competitiveness gaps behind the debts in the Eurozone. All investment initiatives must be aimed at increasing the competitiveness of most European countries, in particular their ability to export. And it is industry that is the most important source of competitiveness and productivity.
Far from diminishing the prominent role played by industry in stimulating economic growth, today’s important changes of knowledge and technology are creating new opportunities for industrial innovation and development. And far from opposing the desired expansion in services to meet new societal needs, it is important we understand that this is only possible if combined with a renewed industrial base. While Germany has taken the trouble to defend and promote its industry, and demonstrated its strategic capacity and efficiency, a lot of other European countries are the victims of deindustrialisation. And although the European Union on the whole successfully held its ground against global competition during the 2000s, the future is very uncertain. The large-scale restructuring programmes that are emerging are fraught with danger.  Under the spotlight of recession and competition, a number of potential national industries may collapse. Given their high degree of interdependence within the internal market, the European countries must – and as a matter of urgency – prevent such risk and develop industrial cooperation with a view to: i) consolidating national production systems and reterritorialising economic activity; and ii) strengthening Europe’s global competitiveness. This industrial cooperation challenge is crucial to the Eurozone’s viability and for the new member countries.  These cooperative industrial strategies must be capable of meeting competitiveness requirements, while at the same time delivering positive solutions to minimise suffering and meet companies’ expectations. They must come as part of a sustainable development strategy, which implies reconciling environmental requirements with social cohesion and competitiveness. The “green economy” sought in response to environmental requirements is one aspect of this strategy, but not the only one. Particularly if it is poorly managed, as this may result in job losses that are not compensated for by net creation.
To be consistent and effective, growth policies centred on industrial development must overcome three challenges: foster innovation capable of stimulating all activities; promote the societal, economic and financial value of projects; and create an industrial relation system based on cooperation. These are national and European challenges.
If we are to succeed, our management and administration models and criteria must be fundamentally changed. The markets and private initiatives alone cannot deliver the solutions that the industrial sector needs. Loud outcries against “Colbertism” and the “Gosplan” obscure and desecrate the understanding that it is our duty to establish joint frameworks for public action, promoting the development of cooperative models. The unproductive cost of public action in this respect must be reduced and the public institutions modernised. They must be endowed with a greater capacity for expertise and willing to cooperate more than ever with their counterparts in Europe. This would not rob the private sector of its capacity for initiative at all. On the contrary, it would encourage such initiative. On the one hand, corporate governance must be able to focus on projects of public interest, thus freeing itself from the dictatorship of shareholder value; on the other, public action must be de-bureaucratised. Projects will depend on the increased initiatives and cooperative efforts of local European players, in particular by forming groups and drawing on the support of networks (businesses, unions, local authorities). For their part, the public institutions will need to call for this participation by encouraging cooperation links and bringing them together as part of a general interest strategy.  This just goes to show how important it will be to foster new complementarity between the private and public sectors.

In this study, we will not be able to go into any great depth about preferred national strategies and policies. Instead we will focus on the issue of defining a European strategy. Although we will not discuss the budgetary and fiscal policies needed for new growth, we will look at the no less important but barely explored reforms of the economy’s foundations. We hear talk of “structural reforms”, but which ones? We need mixed structures in which private and public players work together, and new market and financing models: it is urgent that we open up the debate on these issues. The political initiative to contain the recession and boost sustainable growth must be deployed immediately as a matter of urgency and over the long term at two levels, and in two areas, not just one.  In the Eurozone, where it has become a condition for survival, and beyond we need to reunite volunteer Member States to build together, as one, a pact aimed at re-establishing industry and competitiveness through cooperation. It is in this context that dialogue with Germany is absolutely crucial – even though at Community level we are doing nothing in the way of coordinating national policies for industry.
The EU is the only level currently called upon to “revive” the economy, but we are deluding ourselves if we think that it can unite the Member States around an industrial strategy at a time when the United Kingdom and others are seeking to retain full independence regarding their economic policies! Nonetheless, the EU has a duty to support the Member States interested in cooperating in the name of growth.
Two major political issues are on the agenda. First, the second stage of the single market reform, which must serve as a base for competitive industries, and in this respect the competition policy reform is a priority. Second, the reform of the EU budget and the financial prospects for 2014. In this, the Commission is at the forefront, but national governments, including those in the Eurozone, are refusing to pool resources for growth. Such a blinkered approach must be fought.
These political initiatives will require new governance strategies:  the creation of a Eurozone Ministry of Economy and Finance; a reform of the Commission, which currently has no influence in terms of strategic thinking or capacity; and close dialogue between national and European politicians. And, above all, they will require initiatives from economic and social players, and from civil societies, to re-engage in dialogue, unite efforts and offer structural support.
An industrial strategy architecture and our proposals will be presented here in the form of  a system that unites several key factors: a European mechanism for promoting human capital and industrial relations; the promotion of European corporate models capable of satisfying both commercial interests and public good functions; the development of European public goods network industries for fostering innovation; an internal market and technological, sectoral and territorial policies forming a European base camp in the global economy; the reconstruction of the international trade and investment policy in favour of reciprocity and mutual interest; and the promotion of the economic value of long-term investments to break with the dogmas of share value.  In this article we put forward a series of proposals, which together form the basis of a future policy framework (1). Many are already being discussed, and some of the projects described are already being implemented in the European Union, albeit in a very chaotic manner. A more systemic approach could lead to greater political coherence, and could rally more social support by appealing to the intelligence and the expectations of the general public.

(1) These propositions are based on twenty years of work at Confrontations Europe and are an attempt at synthesizing our multiple researches and initiatives. For details, refer to the collective book Towards Competitiveness and Solidarity in Europe, coordinated by Claude Fischer in the Europe after Europe Collection, Le Manuscrit 2011; “Social dialogue and industrial relations to solve the competitiveness/solidarity equation” in Entretiens Economiques Européens of November 2011 at Collège des Bernardins, with our partners Astrid and Berteslmann Stiftung; the editorial “Le retour de l’impératif industriel” in La Revue n°96, Oct-Dec 2011 by Claude Fischer, president of Confrontations Europe, moderator of discussions and work under our working-group InduServices.